You are my density

It can be a bit tricky to determine the nature of a mystery metal, and in the home workshop it can be even harder to tell the purity of a metal. 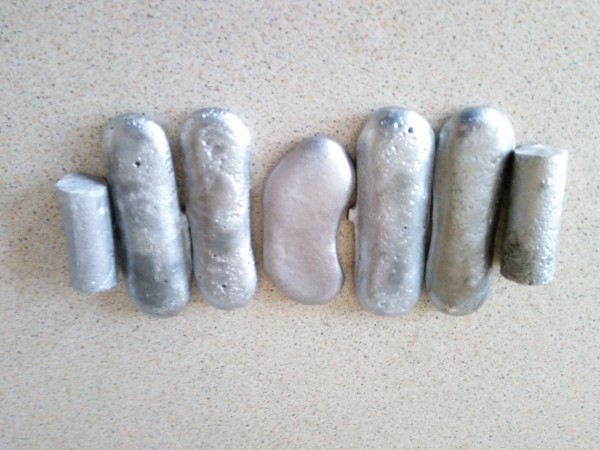 So I looked up the density of Aluminium and it’s 2700kg/m³ or 2.700g/cm³. If the metal density is close to this number then I can confirm that it is Aluminium and does not have many impurities.
Measuring the mass is straight forward with a digital kitchen scale, I placed on all my ingots as that should give a more accurate result than working with smaller quantities.

The volume was trickier, I knew I could use an Archimedean principle of water displaced but I did not have a way of accurately measuring the volume of water. However I could weight the mass of the water and as water has a useful property of a density of 1g/cm³ then the volume could be easily determined.
My experimental rig was 2 different sized containers, some digital scales and some water. I sat the larger one on the scales and zeroed the readout. Then the smaller container was placed inside and carefully filled with water. I filled the water right to the brim so that it was almost overflowing. 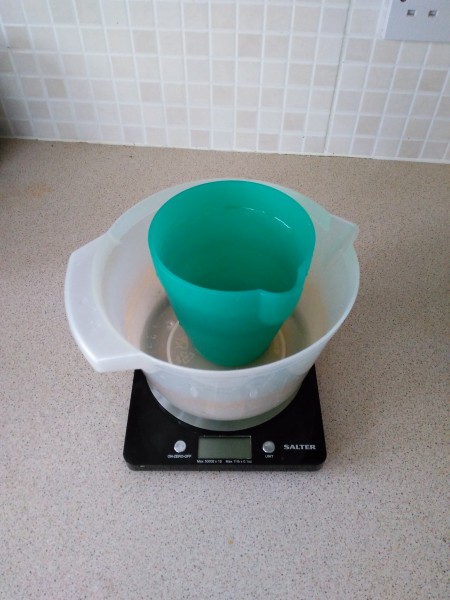 If I was being scientific about things I would repeat this a few times to ensure consistent results. I’d be interested to hear alternative methods that could be done at home that might improve the accuracy.

So I conclude my metal is aluminium and not a zinc (lots denser) or magnesium alloy (less dense). Given that my method has some inaccuracies, mostly to do with splashing water, I am not sure I can comment too much on the purity but it seems quite close to me, only 0.066 different or 2%

I followed Damien’s advice (see the comments below) and weighed the ingots in air and in water. 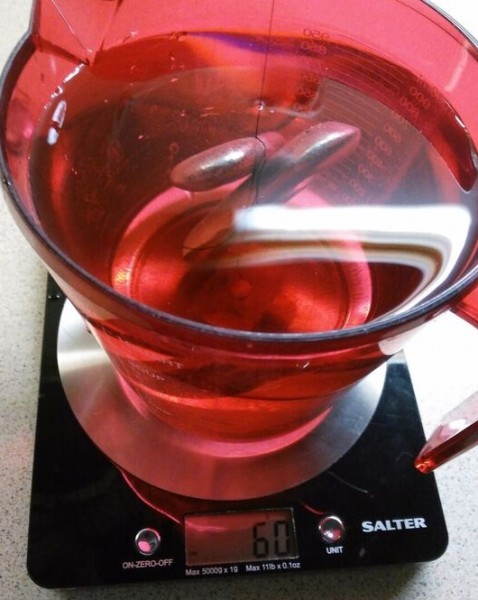 As Damien mentioned, the water provides some support for the metal in the form of buoyancy. If that’s less than the downwards force due to gravity, the item sinks.

Archimedes principle: “The buoyant force exerted on a body immersed in a fluid is equal to the weight of the fluid the body displaces”.

As it’s a static system the bouyancy force needs to be balanced by a downwards force of equal value which we can measure on the scale.

As the method has less chance for error (or splashing) then the number is likely to be more accurate. The difference from 2.7 could be due to air bubbles or impurities in the metal.

0.067 difference (the other way) so still about 2% so the conclusion still stands, it’s aluminium but perhaps with bubbles or impurities.

4 thoughts on “You are my density”