“That’s a bit Heath Robinson.” Is one of those phrases that you hear and might know that it means a machine or contraption that is a little bit strange,overly complicated or just looks plain dangerous. What you might not know is that William Heath Robinson was an artist and illustrator who drew these often implausible machines and that this weekend a Museum in Pinner has opened dedicated to Heath Robinson and will be showing his work there.

The museum was opened on Saturday by the Author Michael Rosen, I didn’t realise how busy it would be and as I arrived after the main opening Ceremony there was quite a queue to get in so after a cup of coffee and watching the Morris Dancers waft their handkerchiefs around I went into the museum.

Although born in Finsbury Park, North London. Heath Robinson moved to Pinner when he married and it was there that he produced a lot of his work. The museum has been built next to West House, formerly a Large Private house in its own grounds. It was bought by the People of Pinner after the second world war and used for functions and community activities. In recent years it had fallen into disrepair but has recently been restored and the Heath Robinson Museum has been built next to the house.

The museum has two galleries. One showing a permanent exhibition of the Heath Robinson’s work and telling his life story and the other a temporary exhibition. The first temporary exhibition is showing Heath Robinson’s cartoons and illustrations that he produced in the first and second world wars. These drawings poke fun at the German Army in both wars, often showing them to be buffoons and easily caught out by the British using his absurd methods and inventions putting a stop to their battle plans. The drawings are black ink drawings for printing in Newspapers. The work might deal with a serious subject but it is definitely positive aimed at lifting spirits and not intended to criticise the Government or the establishment too harshly.

Moving on to the permanent exhibition. If you thought Heath Robinson only did the wacky machines here you will learn he did so much more. His first love was Landscape painting and he only began to do the comic illustrations to earn a living when the first world war started as other illustration work dried up.

In contrast to the exhibition showing his wartime work, this gallery shows his full range of work and is full of exquisite colour and detail. I was particularly taken by his illustrations that were produced for an edition of Shakespeare’s Twelfth Night. A highlight in the gallery are the large prints high on the gallery wall that are lit up and almost appear to glow in a magical way which is fitting as many of them are of goblins and fairies,another theme of his work which he was known for during his life but has mostly become forgotten now.

This gallery also shows his commercial illustration work he carried out for companies to promote their products and services. As a working illustrator, he had to pay the bills and turn his sense of humour to more down to earth work as well as the truly absurd. So out through the gift shop selling many reproduction prints and books that he illustrated. It was also nice to note that work of local artists and craftspeople is also for sale.

If you go to the museum only looking for the odd mechanisms, machines and gadgets you may be a little disappointed. I do hope in the future the museum may feature work of contemporary artists who build machines in the style of Heath Robinson and Rube Goldberg. But I hope you will be delighted and enchanted at the range of work that Heath Robinson produced throughout his lifetime.

The museum is open 11am – 4pm Fridays to Sundays until Mid November and then Tuesdays – Sundays after that. For more information the website is https://www.heathrobinsonmuseum.org/ 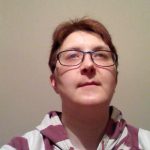 Catherine Jones is a New Media Engineer at the Science Museum in London. She works surrounded by Moon rock and Space Rockets. In her spare time, she likes to build projects with LEDs, Raspberry Pi, Arduino and coding. Find out more about her projects at bringtherainbow.com and on twitter @M_Fkill