A combination of the recent women’s march and some comments from Naomi Wu reminded me that my content is biased towards middle-aged white guys. So I decided to feature some of the women makers I follow on twitter and other channels. Naomi Wu aka RealSexyCyborg is from Mainland China. Naomi makes 3D printed gadgets and clothes combined with electronics and lighting. A frequent visitor to maker-faires and maker events. 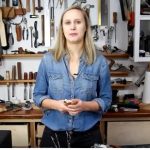 Linn focuses on woodwork and crafts which she learn in school in Sweden. She is equally happy to break out the soldering iron to put together some lighting. Linn also makes her own waxes for wood finishing and you can buy those from her website. 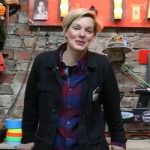 Laura Kampf is a metalworker from Cologne, Germany. Her furniture and lighting projects have an industrial aesthetic. She also modifies bikes with extended height, funky handlebars and a sidecar. Some of my favourite builds are the tinydoor, the tools and Bluetooth amplifier. She’s recently collaborated with the next maker in the list Simone Giertz to build a robot dog walker. 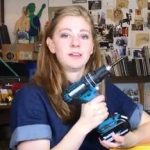 Simone is the self claimed “Queen of shitty” robots. Simone shows the fun side of making and recently joined up with the tested team. Her interactive and remote controlled projects typically cause chaos when in action but demonstrate sound mechanical and electronic principles. 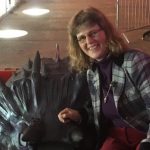 Dr Lucy Rogers is recently known for her part in judging Robot wars. Before that she built the controls for an animatronic dinosaur and generally like hooking up #Cheerlights. Her latest is the cheerlight boots. Lucy is the author of two books, [amazon asin=038775377X&text=It’s Only Rocket Science] and Wiring the Internet of Things. She’s also just won the Judges Prize in Instructable’s IOT Builders competition. Karen is one of the makers from the Ben Heck show. Her background in technical theatre is a great asset to the show.

Karen is also the co-founder of The Bodgery

So that’s part 1 of my list of top women makers, I hope to mention another 5 or 6 in part 2. Who do you think I should feature?

Are you a maker who wants to be interviewed? If so then get in contact.

Who are your top makers?