As a prize for our winning Rube Goldberg Project14 entry, element14 gave use some cash to spend on new kit from their store. Megan picked a  :MOVE mini buggy kit and I selected a Dremel drill to replace my aging minidrill. element14 also kindly provided a Microbit to give the buggy some brains.

The mini buggy is a great little kit, it runs on 2 large wheels on the outside that are controlled by continuous rotation servos. You code it’s motion using the standard microbit tools and there’s some good examples on the Kitronik site such as remote control. The final great feature which we’ve not tried out yet is the ability to attach a pen and hence turn it into a turtle bot. 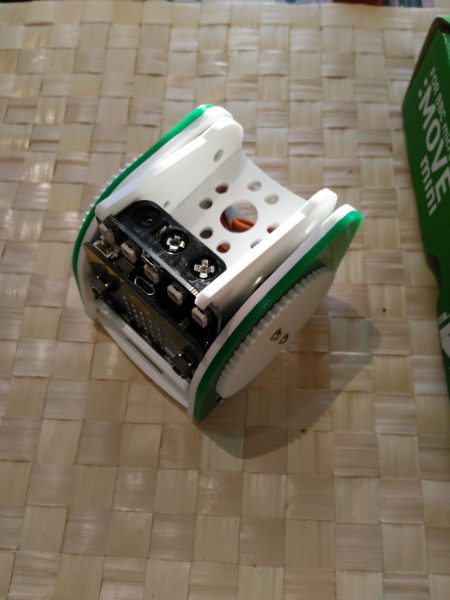 We did have some challenges with the assembly. I misread the instructions and we did not add some of the bolts to the end step. However the biggest issue is with the wheels these screw onto some disk shaped servo “horns” using self tapping screws. The screws are small and the holes even smaller. This makes them exceedingly hard work to get through with a small screwdriver. The second significant issue with the wheels is that the screw tips protrude into the gap between the body and the side pannels. This would be fine except for the fact that the servo cables also pass this area and the screws can snag the cables wrapping them around the axles. So I think I’ll be using the other part of the prize i.e. the dremel to trim those off. 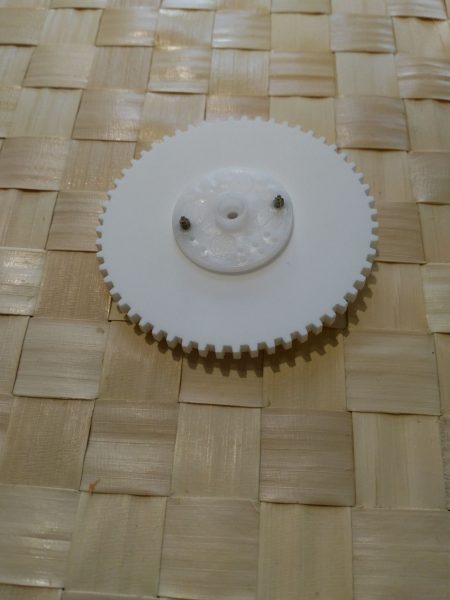 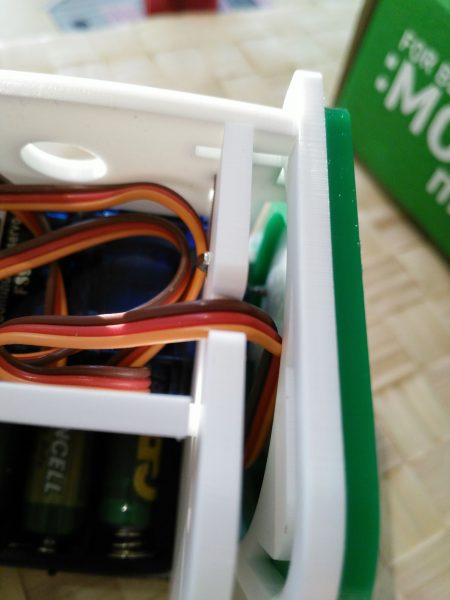