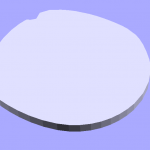 I was thinking about making a base for the Furby driver in my Upcycle It design challenge. To model the base, I took the existing base and drew around it. I then scanned the image and imported it into Inkscape. For the Upcycle It Design Challenge I’ve been creating a few models in OpenSCAD to augment my RC car. The first one I printed was a support for the Intel Edison in the style of some car parts. I’ve also

First make of the year 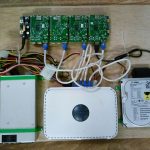 The first make of the year was a bit of 3D printing. I am road testing a Bitscope Blade over on Element14 and wanted to mount my disk and power supply on a board. Design After failing to find anything I’ve been experimenting with OpenSCAD for some time and was building some plates to attach some components together. For these I needed a rounded corner rectangle with some regularly spaced holes. I knew that you could create module functions that 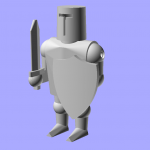 Although the Dragon Detector project video has been submitted, I wanted incorporate some of my original ideas which got cut due to time constraints. Rob Ives’ Knight model is excellent but I’d always intended to build an moving 3D model 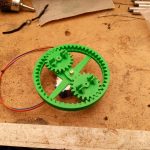 For the gnomes workshop at the weekend I wanted to create a dancing gnomes display using one of the motors. The stepper motor was smallest so fitted the requirement the best. I found an example of a planetary gear arrangement 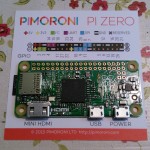 Last week I had an email from Pimoroni telling about the new Pi Zero. So I promptly ordered one as I thought the board had a lot of potential. Pi Zero Case Whilst I was waiting for it it arrive, For the Enchanted Cottage project I decided to make the mechanism for moving the figures using a 3D printer. I thought that ABS plastic would be a good material as the parts would be light weight and by printing them