Last week I had an email from Pimoroni telling about the new Pi Zero. So I promptly ordered one as I thought the board had a lot of potential. 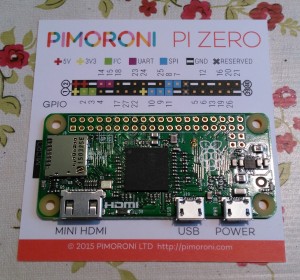 Whilst I was waiting for it it arrive, I decided to design a case in OpenSCAD. I did an initial draft approximating the slots based on the picture. 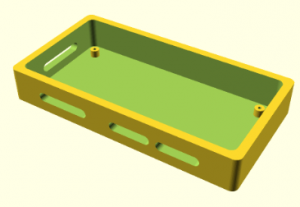 I then used an idea from an Adafruit video which was to build a simple model of the board from the design specification and use that the check that the case openings line up correctly. Some mounting feet were added and a lid was designed to clip in place, styled with an embossed π0 on top. 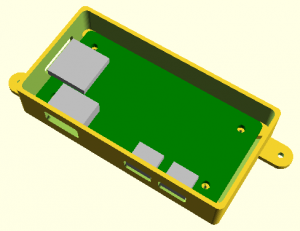 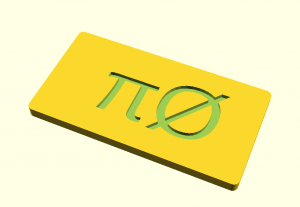 I printed a test of the Pi Zero case using black PLA and the board does fit. However, to get the cables to connect the board needs to be flush with the case. I’ll need to shrink down the size so there is less of gap between the case and the board. Luckily because of the nature of OpenSCAD that should be a fairly simple case of changing some parameters in the code. 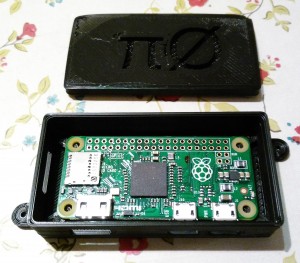 My spool of PLA came as a simple shank of filament so to get it to feed I had to keep and eye on it to ensure it did not get in a tangle. To avoid this problem next time I do a print with 3rd party filament, I decided to build a simple spool and holder. I cut two disks from 3mm ply using a jig saw and sanded the rough edges. The centre holes were cut with a simple spade bit. I found a piece of metal tubing for the hub and that was flared by resting a ball hammer on top and striking that with a smaller hammer. The disks were glued in place with a glue gun, and some sponge washers were added on the outside so that the spool did not hit the stand. The stand was made from an odd shaped offcut with a couple of simple feet added. A large screw was used to act as a spindle for the hub to rotate on. A large washer stops the spool from falling off. 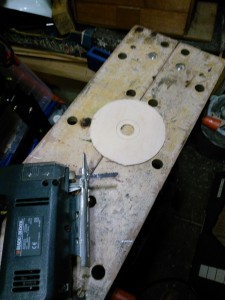 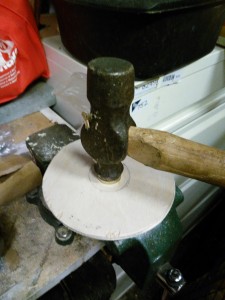 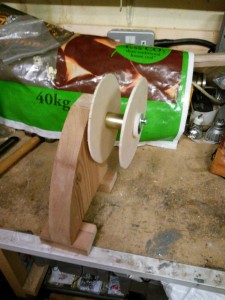 One thought on “Pi Zero Case and 3D Printer Spool”