Most hobbies have some specific terminology and you can feel a bit of an outsider when you don’t fully understand it. Here’s a couple of explainations for the Tommy Bar and Jobber.

The Tommy Bar or T-Bar is a simple rod used to help provide leverage to tighten or turn screws, for example I have a tommy bar to tighten the jaws of my three jaw chuck.

When I looked up Tommy there was a reference too British soldiers were called “Tommies”, a reference to “Thomas Atkins” a term made popular in the WWI.

A short rod used as a lever or handle for turning a jackscrew or a
spanner by being inserted loosely in the hole provided for that
purpose.

I thought that this could be how the two are connected together, as
they could have been using such bars when making the trenches. Which
lead me to the following definition

TOMMY BAR Spanner or wrench for unscrewing the base of Mills bombs
(to adjust the timing fuse).

There is a strong correlation between tommybars and box spanners so
it’s likely that the spanner mentioned above was some kind of box
spanner. 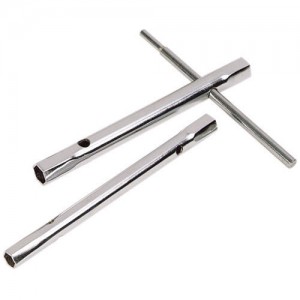 The term Jobber came up when I was reading some American websites about machining. I knew it referred to some kind of drill bit. I made some enquires and came up with the following definitions

“Jobber-length drills are the most common type of drill. The length of the flutes is ten times the diameter of the drill, that is they will drill a hole that is 10D deep. They normally have a parallel shank. In my boxes I also have some long series drills and a few where the flutes are only a couple of diameters long (very stiff)”

“It is believed that general purpose drill bits are called jobbers as they are/were used for jobbing work.”

Thanks to all who helped in this research, specifically those from the Model Engineering Clearing House and Blokey Shed