I watched the first Wallace and Gromit World of Inventions on the PVR the other night. 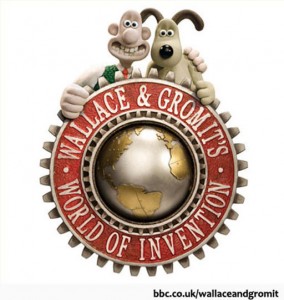 There was a good selection of science and inventions, I’d seen some of the articles before, the flying penguins for example I’d seen a few months back but the related manta ray inspired airship was fantastic. The articifial gills were interesting and the inventor has obviously put in a lot of effort and had a working solution if not yet quite a product.

There is an excellent website to backup the programme with games to play online and some projects you can make at home.

There is also a competition for inventors who can “Design and build their most inventive contraption, made entirely from bits and pieces around the home, in the shed, or scattered about the garage”.

The British Library’s Steve van Dulken is also a fan of the show and particularly liked the section on Biomimicry.

Previous articles on the World of Inventions

One thought on “Wallace and Gromit”