This month sees the introduction of a new magazine. 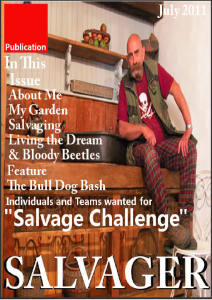 “Salvager” is by Rico Daniels from “The Salvager” and “Le Salvager” fame. In this first edition he tells a little about his history, about salvaging, Life in France including the problems of stripy potato beetles, Bulldog Bash and a showcase of salvage projects. Also a small feature on the markets of London.

The magazine also challenges any salvage enthusiasts to get in contact to take on other teams in the aim to make and sell items made from scrap. 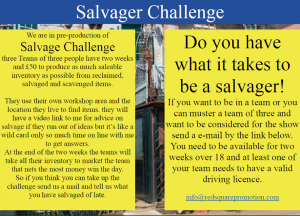 One thought on “Latest from The Salvager”