Following a chat on twitter, I asked Patrick Andrews if he could provide some insight into how inventions and ideas could be commercialised. 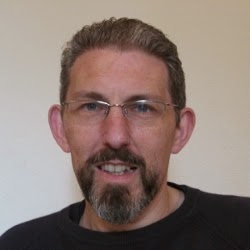 Ok, the first thing is to try to stop using the word “commercialisation”, because that is a euphemism used by people, e.g. academics, who fear the word “selling”.

Let’s instead talk about selling ideas.

Everyone knows that you shouldn’t try selling stuff you don’t own; unless your are a futures trader, in which case you aren’t reading this and ideas aren’t exactly your strong suit. In the eyes of the law, just because you thought up some super mechanism or process, this doesn’t mean you own the idea. Someone else may already have had it recognised as theirs. This is called being granted a patent.

A patent is a legal right to stop people doing anything with your idea.

A government grants you a patent, in their country only. Based on the idea that it will promote innovation, they also charge a lot for this. To get one, you need an original idea and a lot of money to pay for being recognised as its inventor.

If you find somebody is then making money from an idea for which you have a patent, you can take them to court, however the costs make that impossible in practice.

Patents may work well for people or companies with lots of resources and in certain sectors. They are certainly supported by teams of lawyers who can use the system to make themselves shedloads of money.

Patents are supposed to promote innovation, but the really new ideas tend to come from;

Universities have limited ability and interest (despite what they say) in making money from their ideas. These tend to be so far away from anything like a product that they get sold off at stupidly low prices to companies -or published as papers, making no money. If you are a student, be careful. There is a growing tendency to insist that students sign over their IP to their University. I’d recommend not doing that.

Companies found that it was getting too costly to do real research so they have scaled down their R&D departments and started listening to outside people, usually their customers. This surprised them because the outsiders were often having better ideas/solutions than their own staff.

So companies started open innovation programmes (or worse, competitions). You send them your idea and they decide if they want to use it. In general this results in no deal. Companies love the idea that outside inventors are giving their ideas away free to support the development of their new products and the surrounding ‘community’. Think Lego Mindstorms here.

I’m an individual inventor, although I’m supposed to describe myself as a ‘product developer’, since inventors are apparently hard for companies to work with. The intellectual property system is supposed to support people like me, but it just doesn’t.

If I roll up to a company and say ‘Want to see my idea that would really work in your product line?’ they will usually say;

Getting them to sign an NDA (non disclosure agreement) is a waste of time.

If I turn up on their doorstep with a granted patent, or just a submitted application, they are more likely to take it seriously. Often however they will simply say;

In the UK, companies very rarely license anything from freds-in-sheds like me. That risk aversion is the saddest part about the UK’s economy. If monied individuals and companies bought into our ideas, everyone would be much better off (in my opinion).

So what can you do to sell your ideas?

First, I’d suggest that you avoid;

Next, my suggestion would be to think hard about how your idea can make money for someone’s business. This requires a lot of background research which inventors often don’t much enjoy. It helps a bit if you are thinking up ideas for a sector you love, I love Automotive, but it’s so conservative.

Personally, I can’t sell anything outside North America. They tend to be a good cultural fit for me, straightforward, competitive risk managers. I tend to try selling to companies only after making a provisional US patent application and only after I’m clear that the idea is sufficiently new and potentially moneymaking as/in someone’s product. This is pretty cheap and I can do the writing without hiring lawyers.

All business is about trust. You therefore have to be good at developing some kind of relationship, so that the companies you deal with don’t just buy one licence, but will want to call you up when next they need some creative product development input.

If anyone would like to talk about how to sell their ideas, Patrick is available via www.break-step.com. Patrick does not charge if you are in the pre-money phase of your startup.