Quite a few people had dressed up for the Maker Faire. There were of course a number of boiler suits but there were also some more elaborate costumes. The life sized Mouse Trap crew were dressed in full vaudeville circus outfits. Most of the other outfits I saw were being worn around the faire, many I have no idea about why they were there. 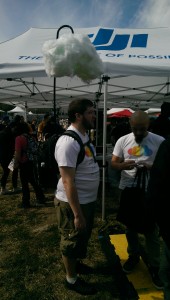 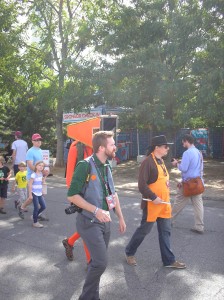 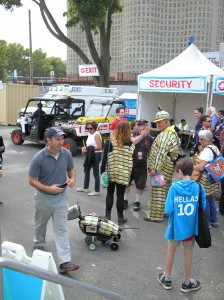 Others were there to promote things. 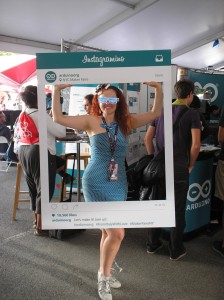 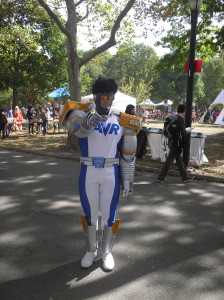 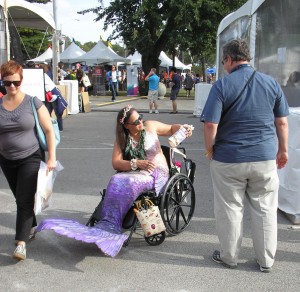 Maker Kieun Kim showcased her creation Revealuxion in the dark. Her interactive, wearable garment moves and lights up and is controlled brainwaves. My last costume sighting was the dancing dinosaurs who greeted us on Saturday morning. These costumes from KitRex were made entirely from cardboard. 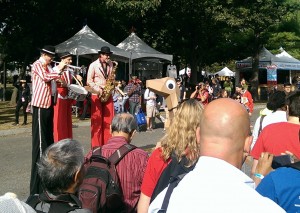 Also made from cardboard was the giant bear’s head in the main building. Bartholomew Ting‘s creation is a geodesic dome which was assembled by volunteers. 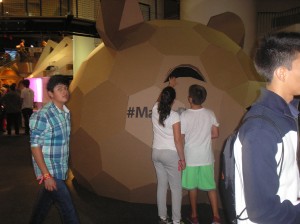 Bartholomew also build a Formula 1 car over the weekend. 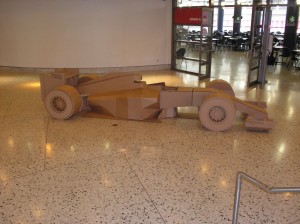 On a smaller scale, were these houses from Soft Lab. 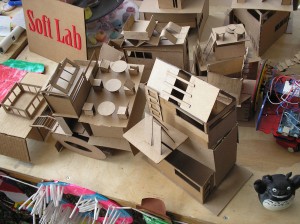 This is the last of my reports on the New York Maker Faire. I had a fantastic weekend, saw lots of great projects and met some lovely people. I think the biggest lesson I took away from the show was that it’s possible to create something amazing from not a lot. The Makers did not always have a lot of equipment or skill but they all had lots of enthusiasm and the dedication to finish their projects.