As previously mentioned the Dragonboard project is mostly getting documented over at Element14 as it’s about electronic and coding. The source code can be found on github.

So far I’ve got the GPIO (general purpose inputs and outputs) working, lighting up LEDs and responding to sensors. 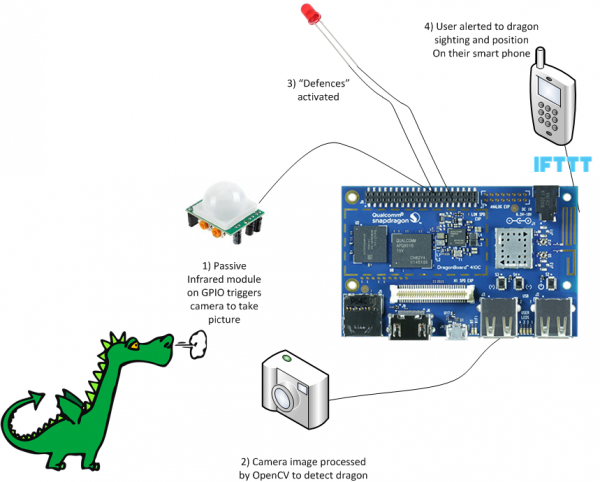 I’ve also been using IFTTT to notify a user on their phone that dragons have been detected. I’ve also been working on the case and cabling. Finally I’ve an idea to put a knight on top of the case, I’ll either use a cardboard one kindly provided by Rob Ives, or I’ll 3D print one if I have time. The last part of the project is to finish everything up and create a video of it in action.