A few years ago my daughter inherited a “big bed” from her Great Aunt and we set it up in her room. Last year she told us that she did not like the big bars over the ends so as it was solid wood I realised that these could be cut off without affecting the structural integrity of the bed. I kept the offcuts as they might come in handy and have been wondering what they could be used for ever since. 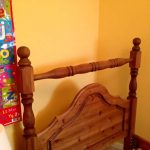 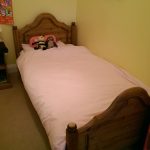 This year I was thinking about a handmade present for my wife’s Birthday and decided to make her a footstool. The verticals from the bed were to become the legs and I had some other pieces of wood for the sides and top so all I needed was some hardware and a covering. I cut the legs to be the same length and ensured the tops were square. The foot end were rounded off. 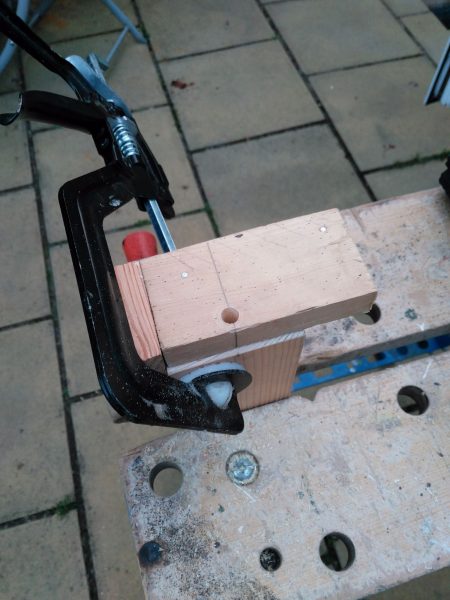 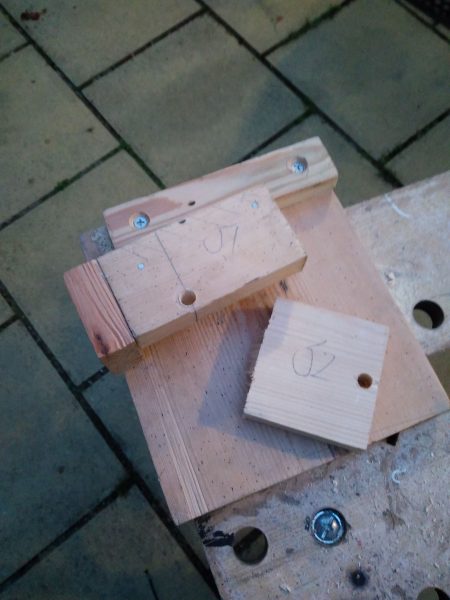 Did some testing with the pocket hole jig and then marked out the planks so I could drill all the holes in the right place. The pocket hole jig was straight forward to use although a little fiddly to position and clamp. I test fitted the legs and planks to get the size for the top. For the top an offcut of 22mm ply was used. 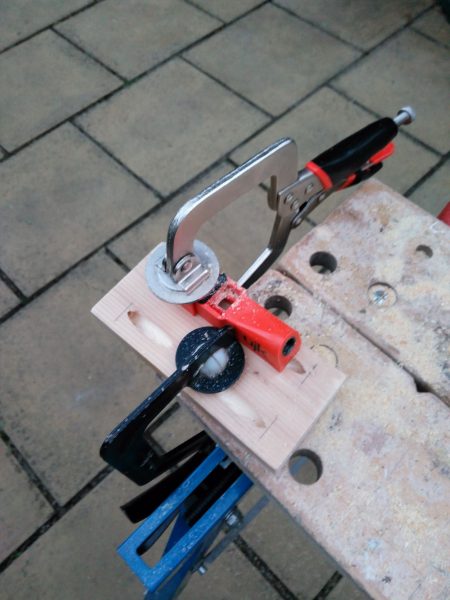 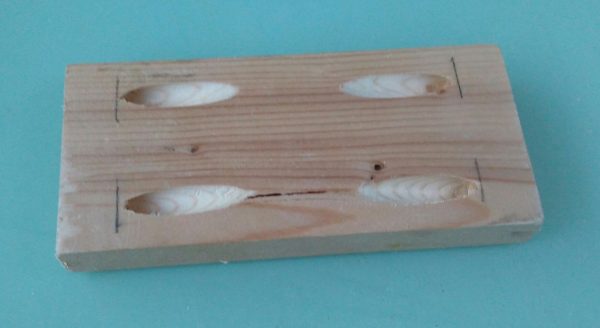 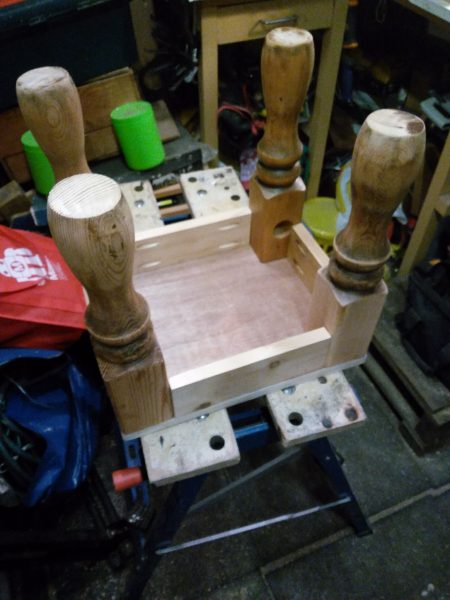 Next up I removed the varnish with a sander. After discovering that “antique pine” wax turned the wood an orange colour, I swapped to “dark oak” wax stain so that the stool would match the “Mexican Corona” furniture we have in our lounge. 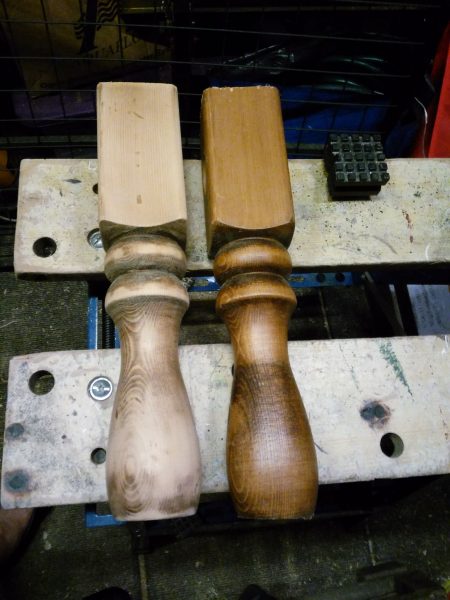 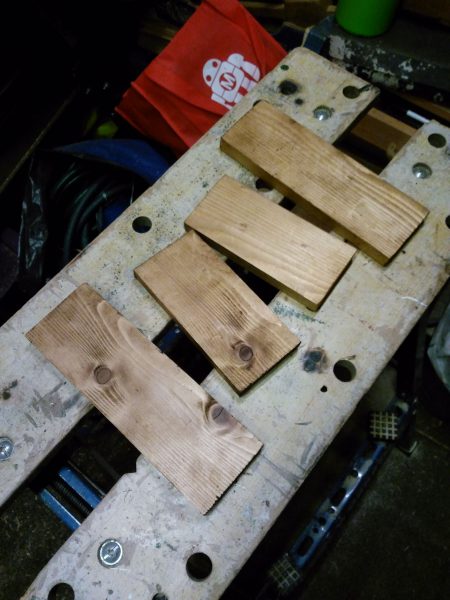 For padding on the top several layer of carpet underlay was used, I wanted something firmer than sponge and this was what I had to hand. Some old curtain was used to hold this in place and to make the fitting of the leather an easier task. The cloth was stapled to the plywood. 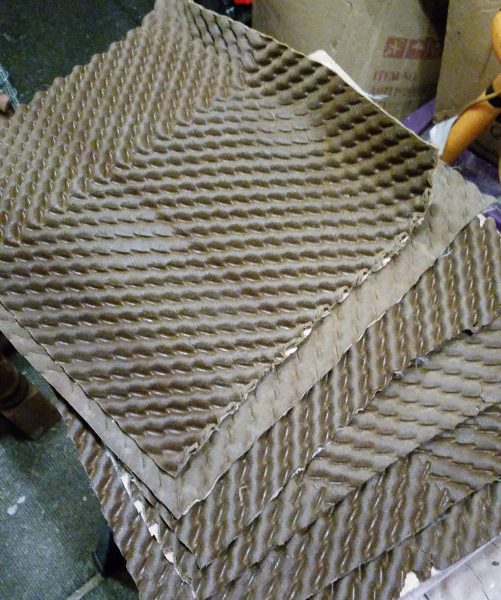 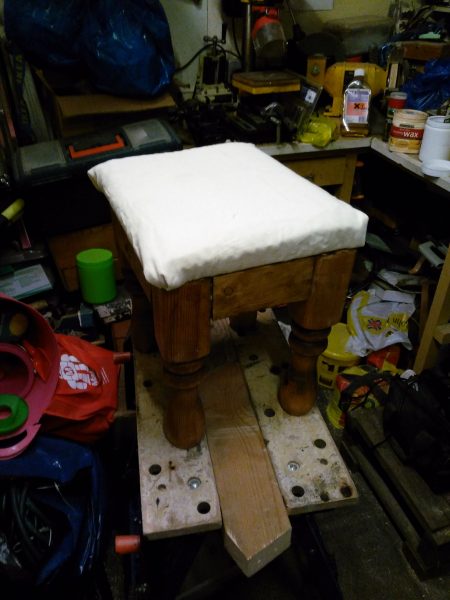 To avoid splitting, I pilot drilled holes in the legs for the pocketed screws. The legs were screwed to the side planks and some small metal brackets were used to attach the top. The final step was to cut some leather to size. The leather was stapled on the inside of the wood. The excess material was cut from the corners, allowing it to be neatly folded over, stapled and glued. Large headed pins were placed around the bottom to additionally secure the leather and provide decoration. 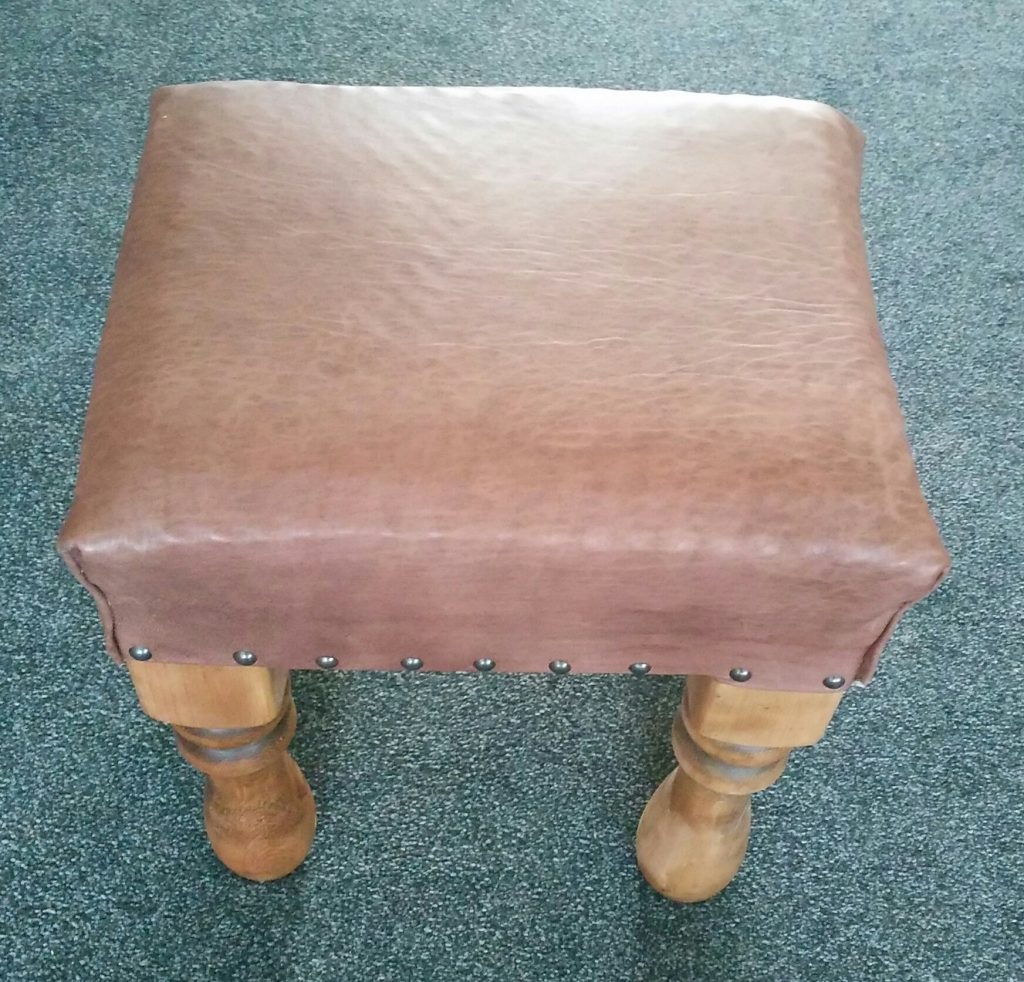 3 thoughts on “A handmade footstool”