Just over a couple of years ago our oven gave up and I popped down the local Magnet to get a replacement. The oven is simply plugged into a socket on the wall so the installation is a simple as screwing on a new plug to the new oven and screwing it into place.

It has worked fine till just the other week when it stopped working after cooking something on the grill. Two and a half years seems a little short even for a cheap oven so I wondered if it could be fixed. I did some googling to see if there was a service manual but only the user manual came up. There was a discussion on one forum that suggested that the thermal cutout at the back sometimes failed and could be replaced.

I took the oven out and opened up the various panels to ascertain what was wrong and see if there was damage. 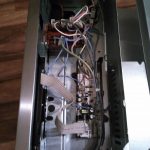 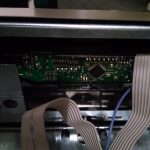 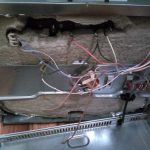 There was no obvious problems with front components but at the back there was a loose wire. I traced that to a component on the back which appeared to have a damaged connector, perhaps from a loose and arcing contact. 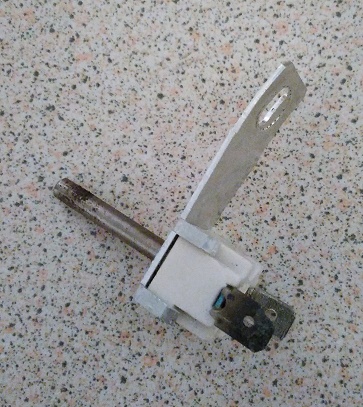 There was a part number / description on the part so I googled that and it turned out to be the thermal cutout. The cable next to the contact was also damaged, the insulation was hard and brittle so that would also need to be replaced. However there was enough length on the cable so it could be shortened. I checked if the T300 thermal cutout could be ordered and it was just £20 on Ebay for a new part. I had some suitable spade connectors. Looking around the oven there was also a bit of staining on the side wall of the cupboard, it looked more like grease than burn. Looking at the side of the oven and there was a break in the tinfoil insulation, so this would also need repairing.

I was a little apprehensive about this fix as an oven could easily start a fire if it overheats or is defective. However, I was certain that I could put it back in better condition than the original manufacturer so proceeded with the fix.

The thermal cutout is simply bolted into the back of the oven and is attached with spade connectors. I cut back the damaged cable and crimped on a new connector. I ensured that the connectors pushed tightly onto the spades. 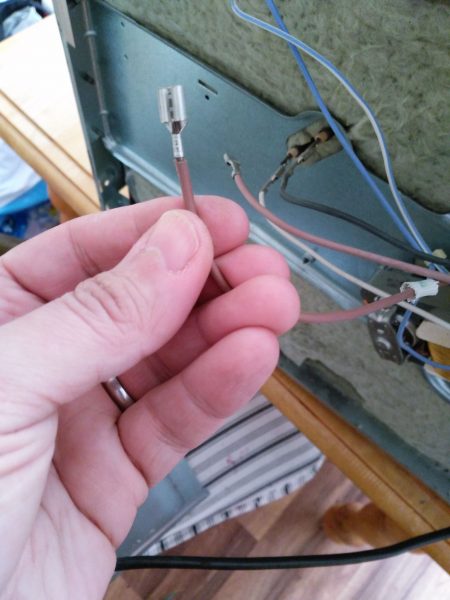 The thermal cutout was bolted back into place and I ensured that the thermal blanket insulation was fluffed up around the components and wires leaving no gaps. There had also been a bit of a gap around the grill element so that was filled too. The back panel was then screwed back on. 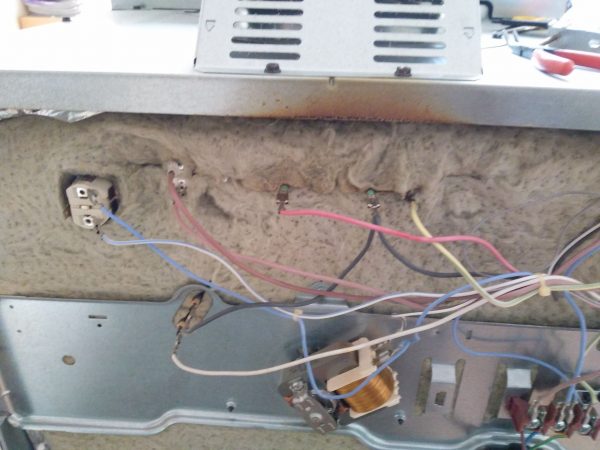 The last thing to fix was that damage to the side. A couple of layers of aluminium tape were added so no more hot air could escape. 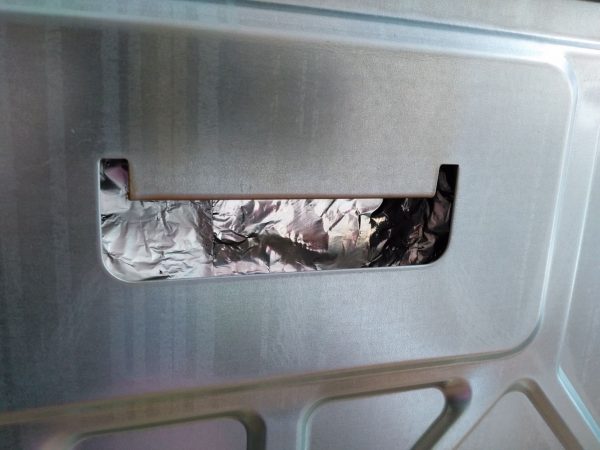 The oven was tested at a low temperature on the bench and I confirmed that the thermostat was working correctly. Finally the oven was screwed back into the housing and plugged into the wall so that bacon sandwiches could be made, purely for testing reasons of course.