I’ve known about Sugru for some time now but not really had a project that warented it’s use. However, they recently had a sale so I got an 8 pack for half price and co-incidentally had a couple of projects to use it with. Sugru is a self setting rubber that also sticks to most materials before it sets. It comes ready to use in a small 5g sachet but you can combine a multiple packets for bigger projects. Possibly because I’m new to the material and was overengineering but I ended up using 2 packets for each of my projects. 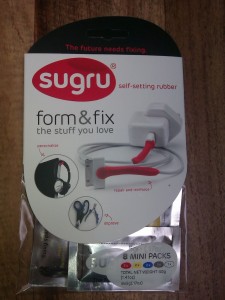 The first project was a sandpit with a lid. The designer had put a little hole in one side so you can get a finger in and lift the lid off. However the problem with this is that the rain can also get in and the sandpit fills with rain water. My Sugru fix was to plug this hole and provide a little handle to allow the pit to be opened. I now need some rain to test it, but I could be waiting some time! 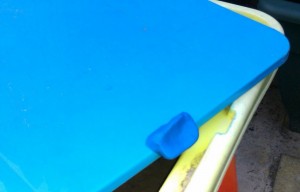 My second project was a mod for my HTC phone. Some of the outdoor shots I’ve been taking have come out a bit washed out. So purchased a small polarising lens and created a Sugru mount to clip it onto the phone. Because I did not want to have it permanantly mounted I wrapped the phone in cling film first, the Sugru does stick to the film but it can be gently peeled off. 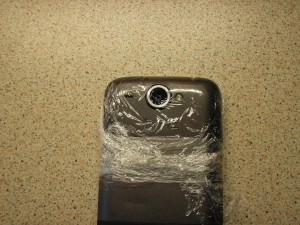 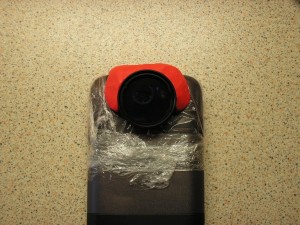 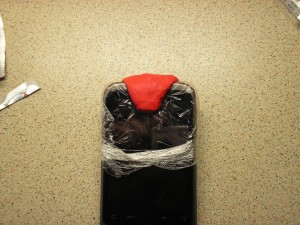 As you can see from the results below the lens makes a big difference to sky and plants. 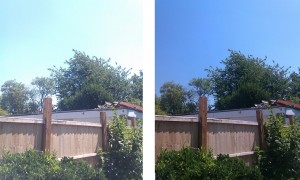