This week I’ve been working with the PET (Polyethylene terephthalate) filaments from Refil. It’s made from recycled bottles and no additional colouring is added so it comes in a limited range of colours. I got a sample pack which has some blue, green, clear and mixed. I quite like the mixed which comes out a kind of pale grey colour. 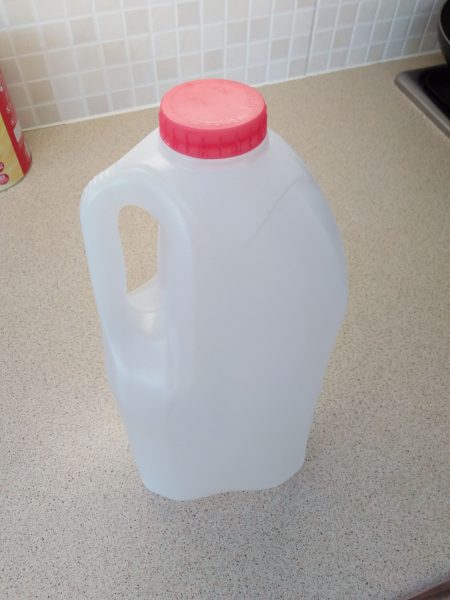 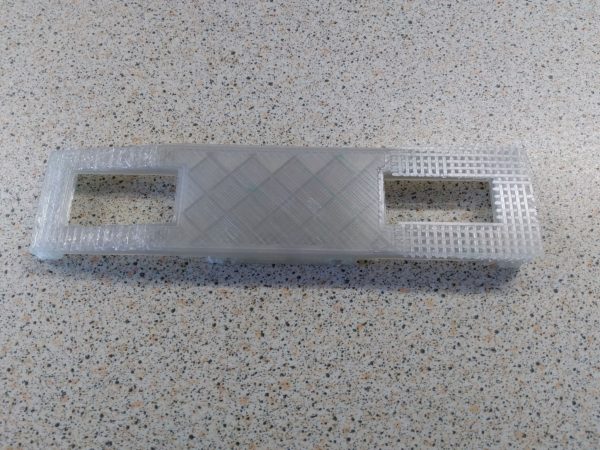 It has slightly different properties than the other filaments I’ve previously worked with (ABS and PLA). 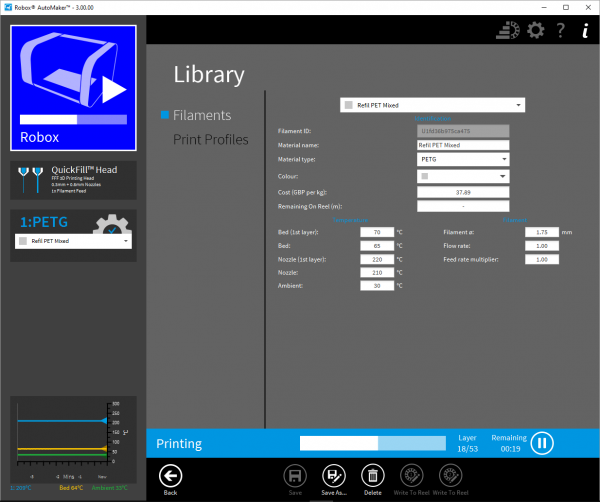 PET does seem quite sensitive to drafts even with the enclosed prints space on the Robox. One print seemed to producing a poor result until I shut the backdoor and raised the bed and nozzle temperatures up a fraction to give a high ambient temperature.

Following a number of PET prints, I moved on the some ABS also from Refil which is black because it is made from old car dashboards. Whilst this was printing I noticed strange clear blobs hanging off the print head. I paused the print and remove them, there was quite a lot of material and I actually paused the printer three times to clear it all. I’m guessing that the PET had accumulated up there when doing the purges. I had done quite a number of print but even so I was surprised by the quantity.

So the PET filament does produce good results and strong and stable parts so I’m likely to get more when the sample pack runs out. But I will be definately be checking the print head following the prints to make sure I don’t get any more suprises.

One thought on “3D printing with PET”