“We need to stop glamorizing ” says Greg Rollett, “you need to reject failure if at all possible”. 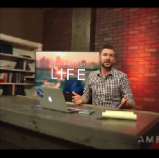 Don’t Believe Anyone Who Says Failure Is a Good Thing
Everyone fails, but there no such thing as moral victories.

Now there are some good points here about positive attitude and not going out to fail so I do recommend watching.

But his key point is

“Failure is not OK!”

This is where I disagree.

I think the reason I have a problem with Greg’s statement is two fold. Firstly, it could stop you from trying hard and from challenging yourself. And secondly it can make you blind to failure.

If you are fearful of failure and you see failure as bad then you are more likely to take the option that is a quick win or is a safe option. I think you have to push yourself to achieve greatness. Looking back to when I was learning karate, even though I was a novice rather than sparing the youngsters who I knew I’d likely beat, I chose to spare with the experts and my Sensei. I chose the more challenging option even though I knew it might result in failure. Greg’s commented on Twitter that Arnold did not enter the Mr Universe competition to learn, he entered to win. That’s fine where you are in an artificial competition but in the real world, entering into a project for the objective of improving your self or your organisation is a valid thing to do and means that you will still be in business in a few years time rather than simply repeating the same old projects that you are good at.

Referring to Eduardo Briceño’s post on types of mistakes, this can be thought of as a stretch mistake.

So in business also I don’t pick the low hanging fruit where I’m guaranteed a win. I go for trickier projects because I know that’s where I’ll add value and where the greater gains are to be had. But I also understand that sometimes there will be failures. But I prepare for that too.

Looking at Scott and Amundsen’s treks to the South Pole. Scott was the ambitious one and thought that he could simply win by being the more determined. Amundsen knew that failure was a real possibility, he planned for it and even cancelled one expedition. Scott was blind to and paid the ultimate price.

“If you don’t win you should not get a medal”

And I think he’s also accepting the fact that often you do get a medal just for turning up, for finishing or for coming second. For example, if you run a marathon, you will get a medal, not just the person who came first. If you are the second best car business in the world you will still get industry awards, you will still become extremely rich.

The answer is simple. The world is not black and white. Just because someone else is a winner does not mean you are a loser. Many people can be winners. A man who runs a marathon in a diving suit is a winner. A woman who raises £1000s for charity and crawls over the line is a winner and of the fastest person in a to complete the course is also a winner.

Greg says that we should not think of failure because “What your mind focuses on is what it draws into your life”.

I come from an engineering background so my approach is different Greg’s, and I specifically look at failure as part of the process.

What is needed to succeed?

So by knowing the potential failure points then you can be more successful. But what if you don’t know what those failures might be? What if you are targeting an unknown market or are using a new business strategy or technology?

This is where fail fast comes in.

The quicker you fail, the quicker you’ll end up succeeding. Get all of your failures out early and you’ll be prepared for the future. You hear things like this all the time, but they’re just not true.

So again, I disagree with Greg on this one. Looking at the whole fail fast idea and how it fits with the above. The idea is to massively reduce the impact of any failures so you can both iterate fast and also scale things up. If you have a 1 in a 100 chance of failure and you do 10 million trials then you this increases the likely-hood of failures to which point they are inevitable

People learning how to do backflips do so on a trampoline so that they can do the motion again and again in a safer environment. The trampoline gives them extra bounce so there’s less effort required to do the flip. So they can do 1000 backflips and know what a good one and a bad one are like. The cost of trying and the cost of failing are reduced.

So failing fast is not about celebrating failure but identify failure so it does not impact your plans.

“Failure is part of success and out of failure comes success”