Following on from the previous two posts on top women makers, here’s some more of my favourite makers. 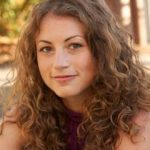 I first saw Debbie when she gave a talk at the IET back in 2014. She’s an inspirational speaker and explained how girls are not encouraged to pursue engineering and that only 6% of engineers in the UK are women. After getting excited by engineering at college she set up a toy business called Goldie Blox. Goldie Blox makes toys that teach engineering using a story telling approach so that it would appeal more to girls. She shows what can be achieved with perseverance and dedication to your idea. She’s now a successful entrepreneur as well as engineer. 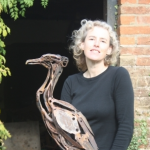 Harriet turns scrap metal items into wonderful animals and birds. The parts are carefully selected from scrap tools and discarded metal items to mirror the organic shapes of nature then skillfully joined to make these fantastic sculptures. The parts are left rusty to give them a rich brown patina. Australia based Lisa is a machinist and model engineer. She’s building a Barry Potter’s Blowfly steam locomotive. As the build is progressing Lisa is improving her skills and building new tools and jigs. When it’s complete it should be big enough for her and her dad (who now has dementia) to ride on. 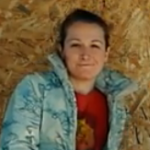 Anastasia is a video blogger on youtube. On her channel Borsch TV, she creates woodworking and DIY projects. There are some great projects for building workshop tools too. The videos are in Russian so you’ll have to turn on the subtitles but the steps are clear and you should be able to reproduce the projects. 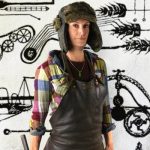 Bex is an artist blacksmith. You might have seen some of her simpler projects on TV shows such as Money for nothing. However, her skills go way beyond that and she’s produced some fantastic furniture and sculpture. 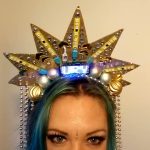 Tanya works for Pimoroni so gets to hear about some great electronics and kits. She takes these and creates crazy wearables and other projects. Some notable creations are the “Post-Apocalyptic Tiny 4WD” and “Eurovision Crown”