Here’s something I found via Slashdot. 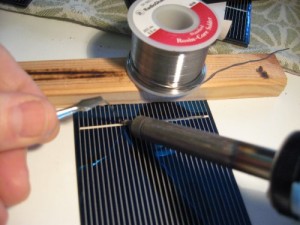 I’ve been thinking of using solar power myself to run a ventilation fan for the workshop, the idea being that the hotter it gets the more power is availble for the fan. Hopefully some fresh air running through the place will keep the humidity levels under better control too.

One thought on “Making a low cost solar panel”