Despite my scepticism one of my kind relatives bought me something from my carefully prepared Christmas list. 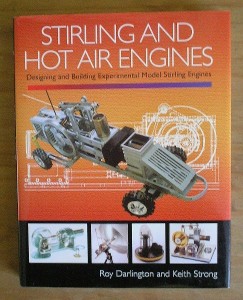 by Roy Darlington and Keith Strong

My relative explained to me that they were a little worried that I would be building engines in the shed and was there not a chance that they might explode. I pointed out that these were sealed systems and did not use a boiler so that should not be the case. When I read the first chapter, it mentioned that Robert Stirling was also concerned by the numbers of operators and bystanders killed by steam hence why he put the effort into developing these engines so should put everyone’s mind at rest.

The book starts with an introduction to the two authors and why they are qualified to be talking on such a subject. It then has a quick history and explanation of how the engines work.

The next couple of chapters looks at design considerations, what factors are the most important in getting good performance from your engine and types of engines.

This is followed by chapters on each type of engine including examples that have been made by the authors and others:

The chapter on workshop techniques and practices could be a book in it’s own right. It looks at creating the various components, from cylinders and pistons to con rods, clevis, cranks and flywheels. The description on boring, honing and lapping the cylinder could be useful to people building any kind of engine. 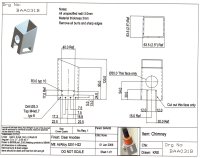 Like all good books, it does not finish there. As well as a detailed index there are also a glossary, bibliography and 7 appendices.

Hopefully in 2011 I’ll have the opportunity to build a low temperature differential Stirling engine.

For more information I recommend you see