Thanks to Stationary Engine Magazine, I’ve found out that some researchers at Birmingham University have been making tiny petrol engines to form power packs for portable electric devices or power micro vehicles and robots.

“General hydrocarbon fuels have an energy density over 100 times more than current batteries. Microengines are designed to convert the chemical energy of hydrocarbon fuels either to mechanical energy to drive microdevices, such as micro air vehicles and microrobots, or to electric energy by driving a micropower generator to produce electricity. The micropower plant can be used to power portable electronic devices, such as notebook computers, PDA and mobile phones” 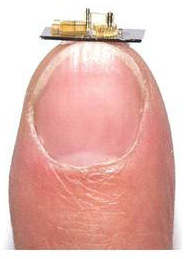 The microengine research at Birmingham started in 1999 and the first phase of the project was funded by the Engineering and Physical Science Research Council. The scientists have worked on issues such as the fabrication process, ensuring high precision, handling the high temperatures using ceramic meterials and determining the minimum size for a combustion chamber.

They have produced a few engine designs including a single piston reciprocating engine and a micro Wankel engine. They have also made advancements in UV-lithography which could be useful for lots of different types of Microelectromechanical systems. Other Universities are doing similar research and Berkley has also been working on a MEMS rotary IC engine and also a mini engine which could generate up to 100W.