The next component to machine was one I like to call the “Top Hat”. It fulfuls two purposes, it holds the clock mechanism to the face of the clock and it acts as a bush to support the spindles that drive the hands of the clock. I made a special clock opening tool to remove the existing one with the intent to re-use it. However it had an uknown thread on it and rather than go to the effort of working out what that was and then trying to buy a suitable tap set I decided to remake it.

Before I could start I chiseled the back of the clock to fit my new plates. I then had a look at my taps and an 8mm x 1.25 seemed the most appropriate. The plate had already been drilled and the brass was easy to tap. 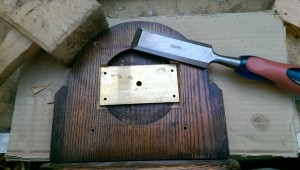 I selected a bronze bar as I had some in stock. I started by facing the bar and drilling the hole. I then turned the the outer diameter down to 7.5mm on the lathe. I estimate this size based on measuring the tap as I did not have a suitable chart to hand. That’s definately a mini project to source and print the data as a quick google failed to find the information. When it came to cutting the thread I used a 4 jaw chuck to securely hold the part and held that in the vice. 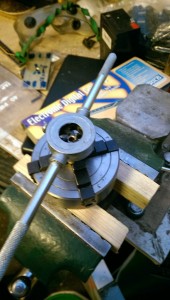 I did not really think out my machining sequence and after a near disaster I ended up having to saw the bar to length and file the head. However the end results turned out ok. 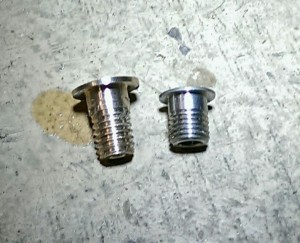 Here’s the part in for a test fitting. I still have to cut the slot so it can be screwed in from the front. I will likely do that with a cutoff disk in my mini-drill but I might have a practice first on some scrap. 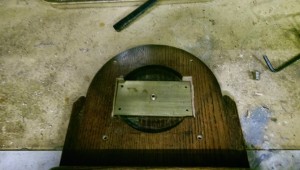 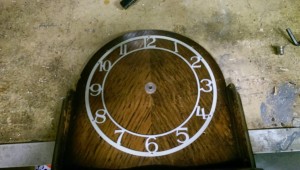 One thought on “Small screwed bush”