To make the new numbers for the clock I considered a few options. 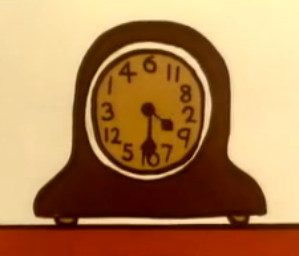 Firstly I thought about simply chopping up the existing numbers and resoldering them in the new positions. The problem with this is that the numbers have been specially shaped to fit their current locations. In some cases this would mean that I would need to add small pieces to them.

I also thought about etching, unfortunately to have that done commercially has some expensive setup costs so for a one off it would be a few hundred pounds. However it is worth considering if I wanted to make a lot of clocks. I don’t really have the experience to try DIY etching, something I’d like to try but on a simpler project.

3D printing was also suggested but I thought it might not be a good match as it is a large flat shape.

Finally I thought that laser cutting might work, I made some enquiries and to have the part cut in metal again would have some high setup costs so would likely be £50 to £100. However I did find a company who could laser cut in cardboard. Given that my numbers will be behind a glass face and would be white to match the originals then this material could work well. The costs for this are a lot lower so I set about drawing it up.

I downloaded some numbers via the MSOffice clip art and arranged them around some concentric rings. This was then swapped to Libre Office which has some good spline editing tools. It took me some time by I’m happy with the results. The dual rings was one of the features I liked about the donor clock and I think it will give the numbers a strong connection with the clock, “as if they were original” 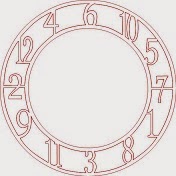