I chopped the end of some brass screws and using a thread gauge confirmed that the thread was 3mm x 0.6. I tapped the screw shank and used a hacksaw to cut a screwdriver slot in the top. 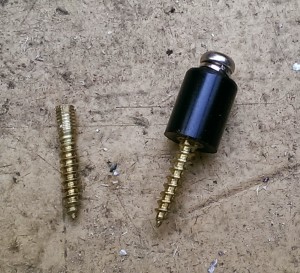 I created a pilot hole using a bradawl. Unfortunately when I tried to screw the modified screws into the clock they broke. One I managed to removed but the other need drilling out.

To hide the resultant mess I drilled holes large enough for the standoffs to slot into. I then used a packet of Sugru to hold them in place. 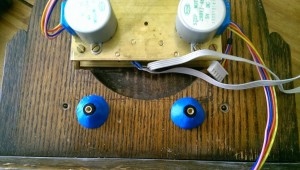