The newly formed Department of Industry Commerce and Services is launching a new TV channel. The channel will showcase British Industry and trade as well as news, parliamentary reports and documentaries. It is believed that it will also include reruns of classic TV such as Auf Wiedersehen Pet and Steptoe and Son.

The channel’s premier show will be Disruptive Britains, a competition to find Britain’s most disruptive entrepreneur. A range of competitors will be eliminated over the weeks by the judges. The host of the show will be Vince Cable, and the producers Brown briefcase Films. 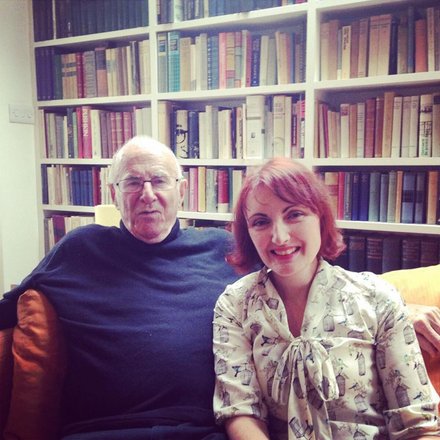 Vince Cable and his wife Coax

The first few competitors include Bobsup N Down who has a Ship Naming as a service startup. Bobsup tells us that big shipping companies launch many vessels each year and have previously seen ship naming as an in-house cost. Using Bobsup’s new service, ship names can be crowd sourced and the public will be charged to vote for their favourite names.

Also on a nautical theme is engineering’s top young star William Miller or “Windy” as he likes to be known. William has invented a new anchoring system based on block-chain technology. He believes his unique system of weighted chains made of concrete and steel will allow floating wind farms and solar arrays to be located in otherwise impractical locations. The anchoring system is currently being trialled off the coast of Rutland. Eliza Weizenbaum from Maas Neotech has entered with her AI enabled big data solution. Eliza hopes to save people thousands of pounds a year by automatically cancelling and reordering services on demand. By scanning your personally data the service can cancel your electricity and gas supply whilst you are on holiday or start a new gym membership based on your weekly shopping basket.

Disruptive Britains will be shown at 7pm on 31st of this month, you can find D.I.C.S online and squeezed into the old BBC3 slot on freeview.

One thought on “A new industry TV channel and competition”