My challenge was to extend an existing handrail so that it went around the corner at the top of the stairs, preferably without botching the job. 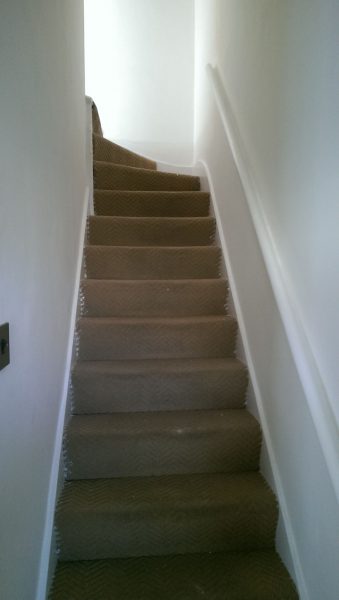 I started with the easiest piece the horizontal one. As you can see, I sketched out with a pencil where the other pieces would fit. The rails were fitted using frame fixings although I sank all of the plug into the wall with just the screw going through the wood. 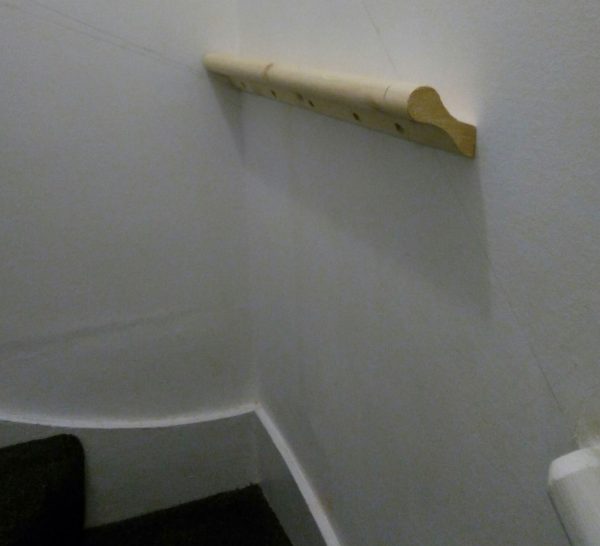 For the second piece, I could not work out how I was going to join these.  I experimented with a compound mitre but because of the shape of the rail, there was no way that this was going to fit. I ended up by cutting a curve into the end of the sloping rail so that it would fit snuggly against the horizontal. I concluded I’d be able to work out how to make a joining piece later. 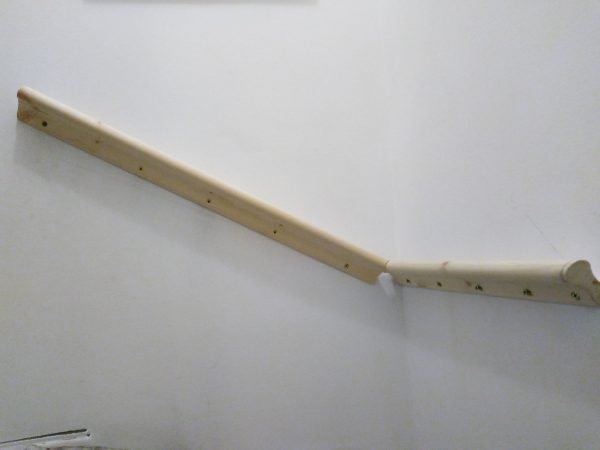 My next challenge was an extension of the existing handrail so that it joined my horizontal. The old and new handrails were not the same profile so I used a [amazon text=circular surform&asin=B0001IWCWA] to bring the old one in line with the new one. The new one was a little taller so it was trimmed down with a [amazon text=short surform&asin=B0001IWCXE]. The joint to the horizontal was a mitre joint. These proved tricky to cut due to the shape of the rail, so did some test cuts using short pieces of the rail. The rail was supported so that the piece that attached to the wall was vertical hence the mitre could be sawn with the saw vertical. 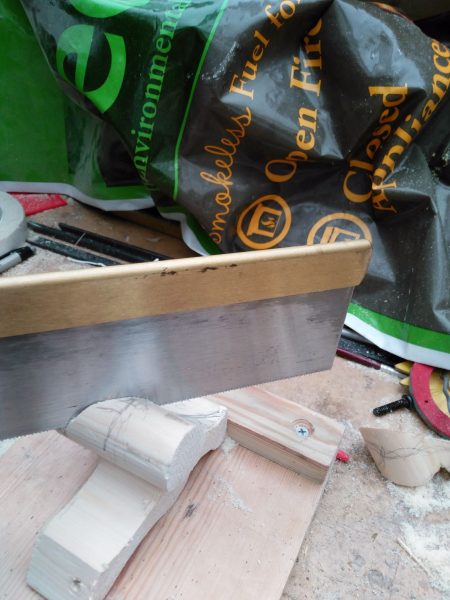 A screw was added to join the two pieces together and another to join to the horizontal. 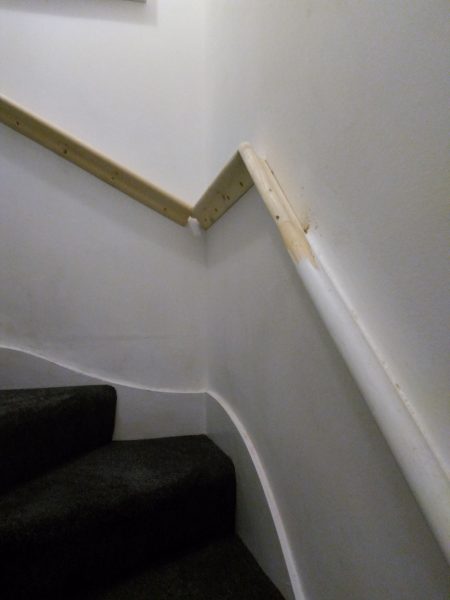 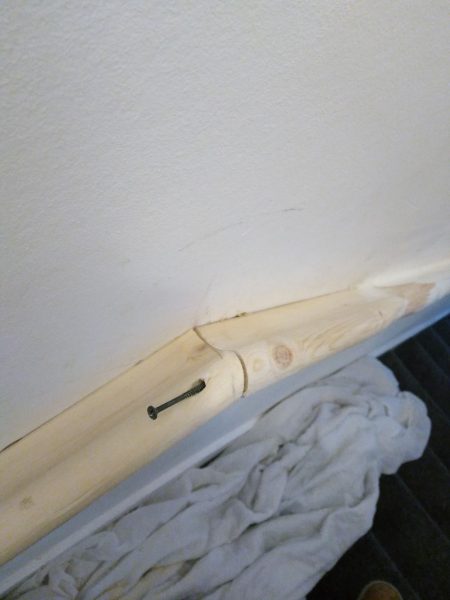 The last piece to cut was that filler for the corner. I started off my removing the horizontal and fitting a piece to match the sloping piece. I then mitred the horizontal and applied that angle to the little joining piece. 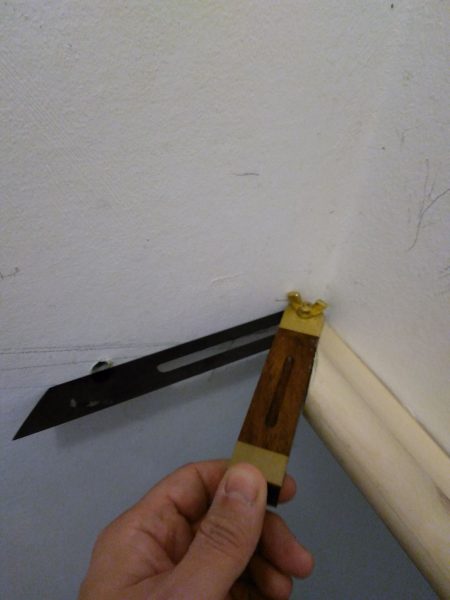 After lots of filling and sanding the piece eventually fitted. The main pieces were glued onto the wall using builders grab adhesive and then screwed in place. The joining piece was glued and a screw put through all three to bind them together. 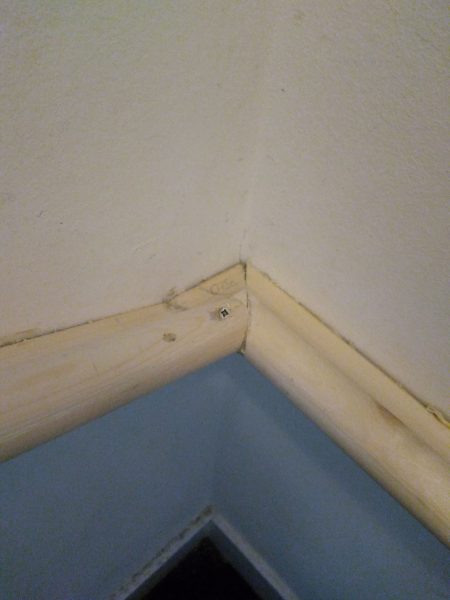 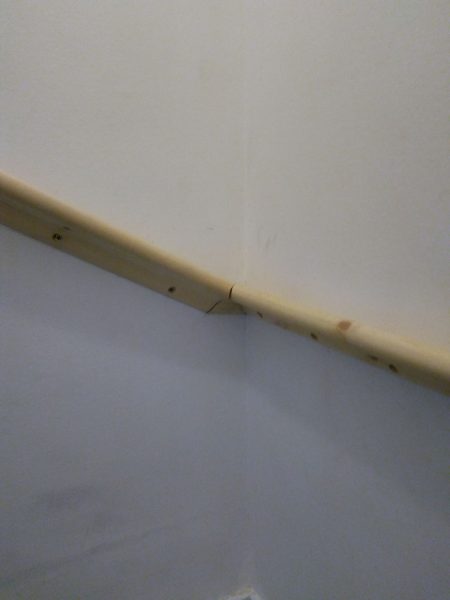 The screw holes and joints were filled and then the whole hand rail was primed and painted. Thanks to my wife for an excellent job on that. 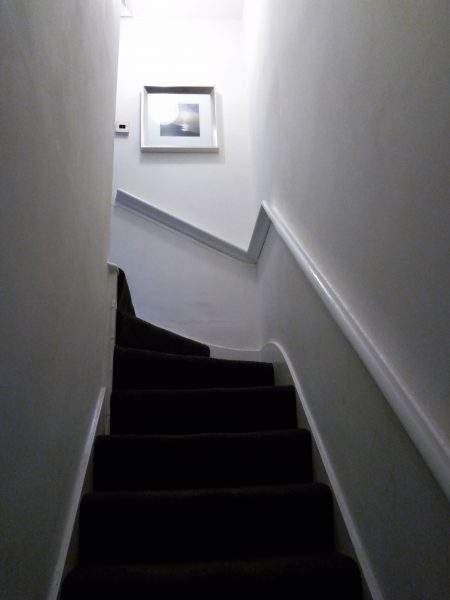 If you think that all sounds quite straight forwards then you’ve not been following my tweets, the whole process was done over 3 weekends and produced lots of offcuts. Thanks to East Riding College’s construction department and everyone who’s provided help and support via Twitter, and of course thanks to my family for their patience whilst I worked out how do build this.