At the weekend I planned to work on the 3D printer case but I was thwarted by the fact my bench was full. 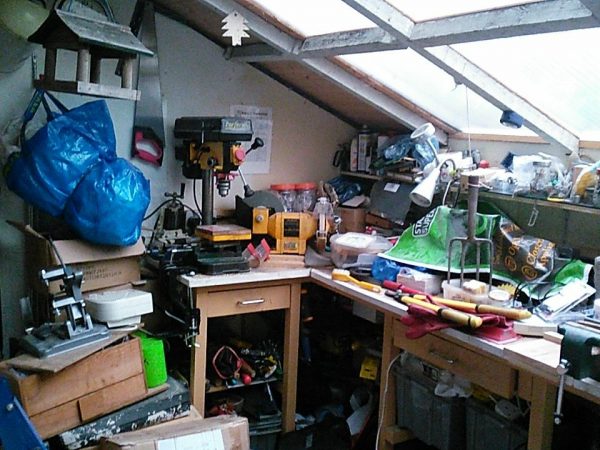 After a bit of a tidy, I realised that there were a few little projects that had been on the bench for rather too long and would free up some space.

The first of these is seen in the picture above hanging from a piece of string. It was a fork head that I’d found in the back of the garden. Although it had no handle and was quite rusty I’d realised it was in quite good nick. I’d given it a wash down with some rust remover a few weeks back and it had been suspended over the bench ever since. I also had a fork from B&Q where one of the tines had snapped off.

The rust remover had done a reasonable job but I finished it off with a wire brush attached to my angle grinder. Unfortunately, I needed to rewire that first as the mice had mistaken the orange cable for cheese. 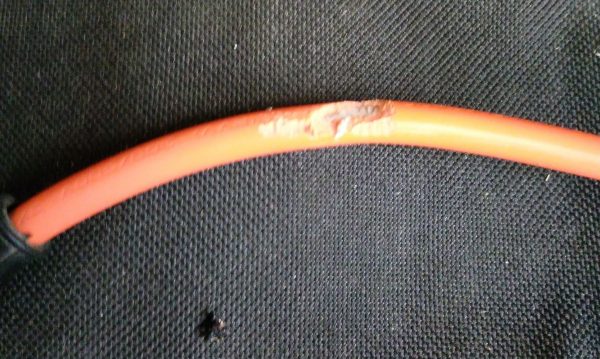 The broken fork head was cut up to give me a sleeve that would slide over the cleaned up head. I planished that with the hammer so that it made a really snug fit at the joint. 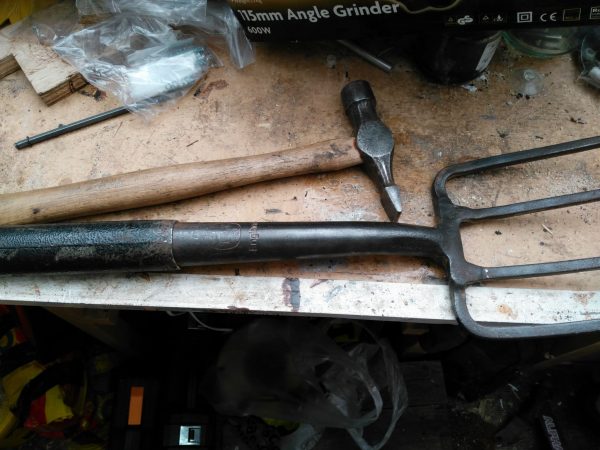 Next job was to replace the rivet that held the sleeve onto the handle. I used an old nail and hammered the end over. I did heat it up before inserting it into the fork but I’m not sure that was strictly necessary. Also, it bent a bit in the middle meaning that I did not have much material to form the head with. There seems to be enough to hold it and I can alway repeat the process if it falls out later.

The resultant fork is a little narrower and longer than the original but should prove a useful addition to our garden tools. 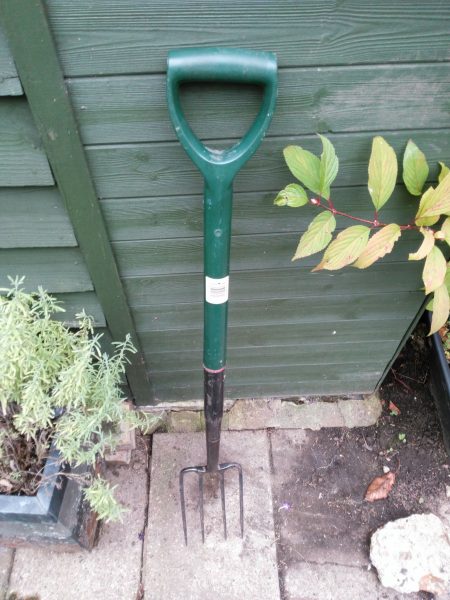 After removing the fork parts from the bench I found an old belt where the prong had snapped. I had some stainless steel meat skewers that I’d bought in bulk from a chinese supermarket (some of these are used in the kitchen for potatoes), that were just the right size for a replacement. I bent over the end in the vice then hammered it to the right shape. The end was sawn to length then also hammered to give it a slight taper. The end was tidied up using a file. 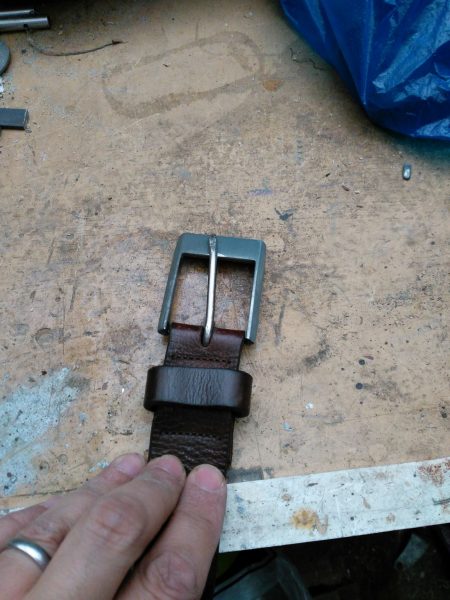 I’ve now a lot more space on the bench. I also unearthed some old pliers that also need a clean up. In the blue bag are some fairy lights I promised to fix. I’ll get those two sorted in the week leaving me with plenty of space for next weekend. 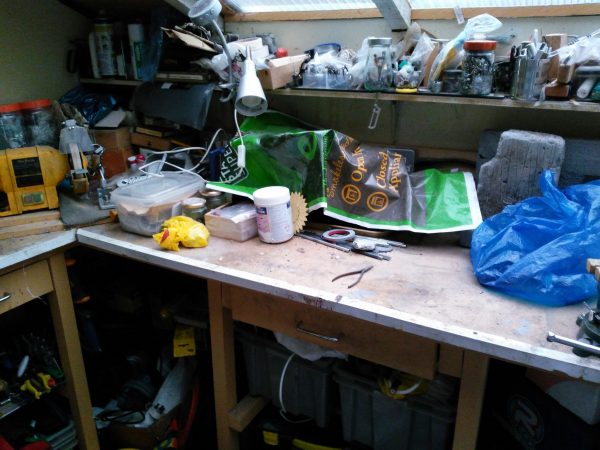