After my anglegrinder cable got nibbled by mice I thought it might be a good idea to store it in a metal rather than cardboard box. I’ve made a few cardboard boxes in my time and to a lot of extent a sheet metal box is designed in a similar way. The key design features are allowing for a bit extra at the corners or folds and providing some overlapping tabs so it can be silver-soldered. It is possible to weld thin sheet like this but I thought this one would be easier to make if it were silver soldered. I also thought it might be good to design this using CAD. My normal choice would be OpenSCAD and there’s a few people who have ideas on how that might work but unfortunately no complete solutions. 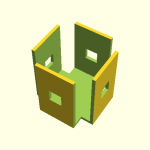 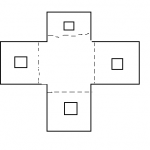 In the commercial world there’s a few packages that can help with sheet metal. These are unfortunately priced in the order of £1000s so I’d need to be doing a lot more CAD work to make them viable.

Some of the common features of these packages are:

Spaceclaim has a sheet metal design module that has all these features. They’ve also joined with some partners to do nesting which is the fitting of as many pieces into one sheet as possible.

Solidworks also has their sheet metal design features along with costing and manfacturing checks.

Slightly less well know but equally well featured are the packages from Iron CAD and Radan3D, I could not find prices or tutorials for these.

Give these options were cost prohibitive I thought I’d take a look at the free options. The first one that popped up in search was DesignSpark Mechanical. This does not have a specific sheet metal module but I did find a comment on a forum that suggested I should be able to fold materials. I could not work that out but I did manage to “pull” a face around an arc to form the corner then pull it again to form each of the sides. So that is an option to make things look like they are folded from sheet without actually folding them. 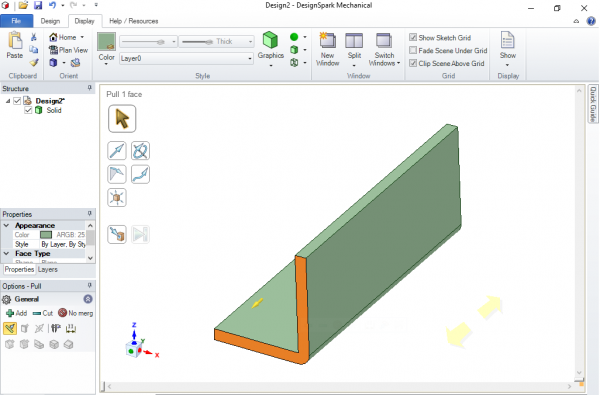 FreeCAD is an open source package and a there is a sheetmetal workbench to allow sheet metal operations to formed.

I added a cube using the Part workbench, swapped over to the sheet metal workbench and added some bends, played a bit with the parameters then unfolded it. The fold is pretty much doing the same as DesignSpark but I found this easier to use and there’s some good documentation. 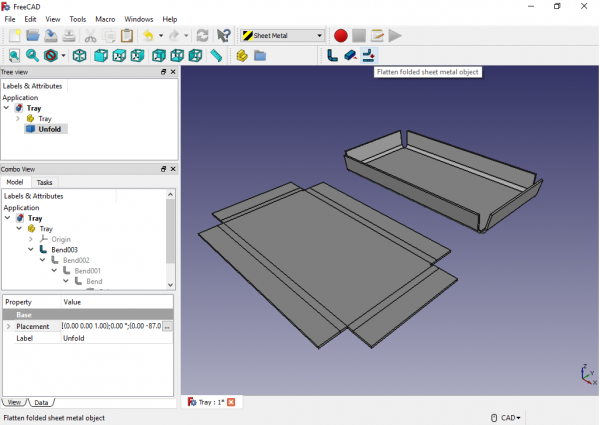 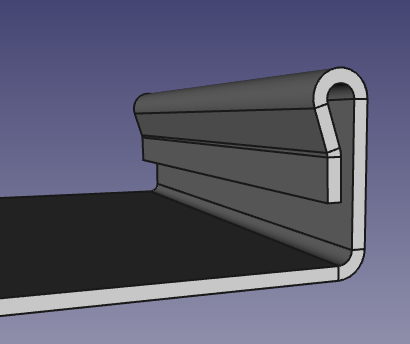 Note that the release version 0.16 seemed to work better than the Dev 0.17 which kept producing “Links go out of the allowed scope” when I added more than a few folds.

Both Design Tech (@DTatGIS) and cj @ scalar (@ScalarElectric) on twitter advised me that Fusion 360 has a sheet metal feature. After a bit of searching I discovered it was launched in August this year. From the help pages it seems to have all the right capabilities. Thanks Emma Lovelace and Tharin for clarifying that I can sign up for the Start-Up/ Enthusiast licenses.

I does seem to have some quirks too such as not wanting to do a 180° fold and not always letting me edit features that I’ve created. The “mitre” option mentioned in the online documentation does not seem to exist but I managed that by chamfering the corners. 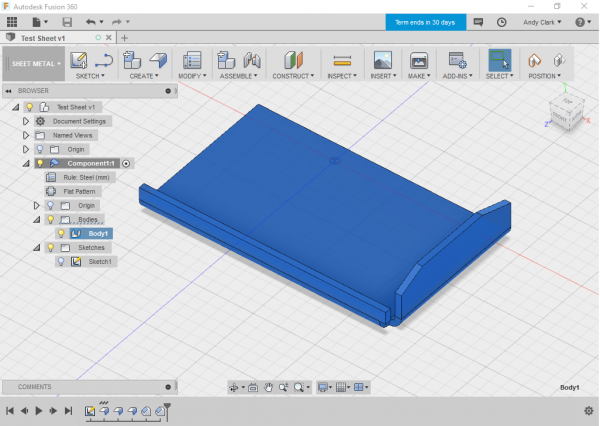 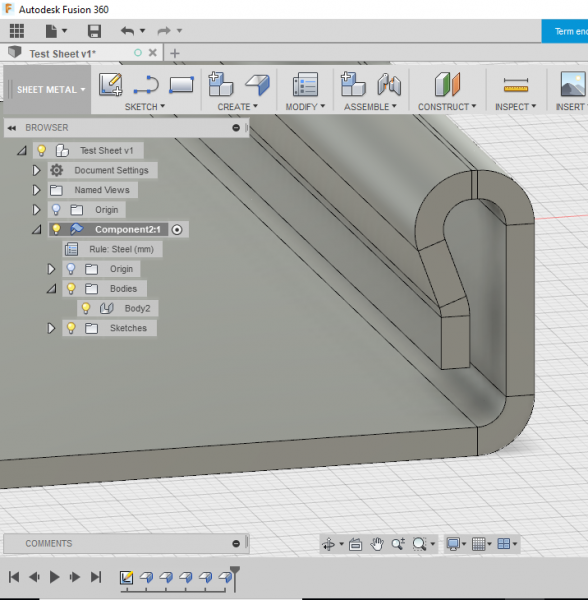 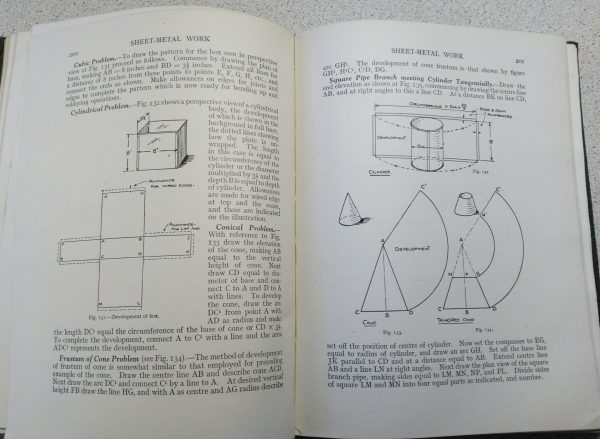 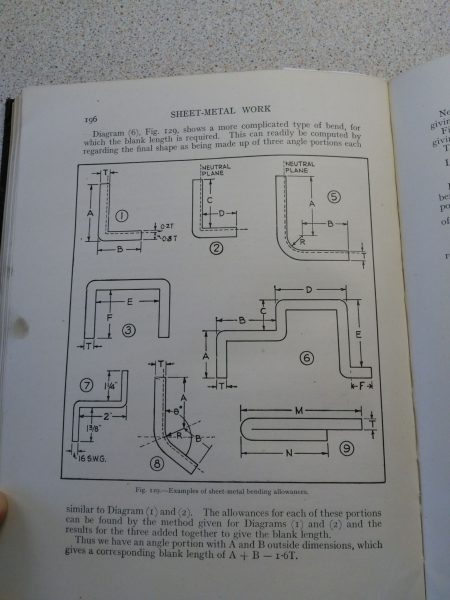 It’s worth mentioning my “goto” reference for thing kind of thing which is Caxton’s [amazon text=Engineering Workshop Practice&asin=B000K9BRHQ] that has a good few pages on how to work out the bending allowances and a great selection of examples on making patterns. The book is nearly 70 years old but still a wealth of great information.
I’ve also ordered a copy of the [amazon text=Sheet Metal Work&asin=0852428499] book from the Workshop Practice series. I’ll do a review of that when it arrives.

3 thoughts on “CAD for sheet metal”