Those who have been following the Workshopshed blog for a while will know that around this time of year I’ve been making medals, each for a different theme for the PSTOIC dinner. 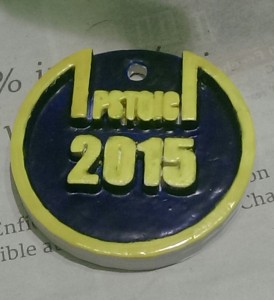 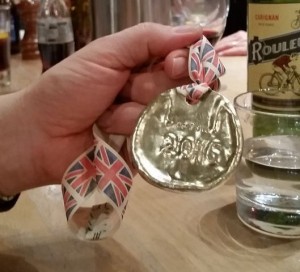 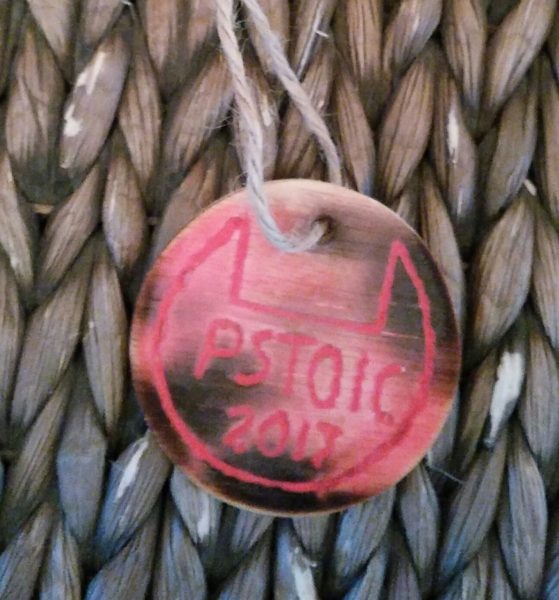 The theme for 2018 was “Something Futuristic”. I took my lead from the Drogna the currency used in the Adventure Game TV Show. So my “futuristic” medal was made from a clear acrylic.

To cut the disk I used the lathe and fastened a roughly cut piece of acrylic to the faceplate. I then used narrow square ended tool to cut out a circle. A technique called trepanning which I used successfully when making a stainless steel washer 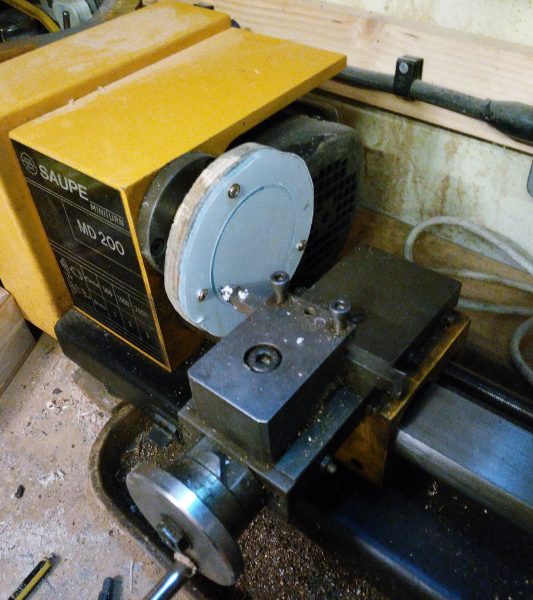 Once I had a disk, I sanded the edges with wet sand paper and drilled a hole for the cord. I printed the logo in reverse and carefully traced over the logo with a pencil. I then pressed this down onto the disk and scribbled over it to produce a positive pencil outline. 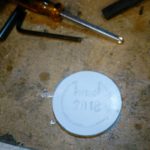 I used a Dremel mini drill with a ball shaped milling bit to engrave the logo. Black paint was rubbed into the slot and the wiped off the surface. A plastic cord was added as a finishing touch. 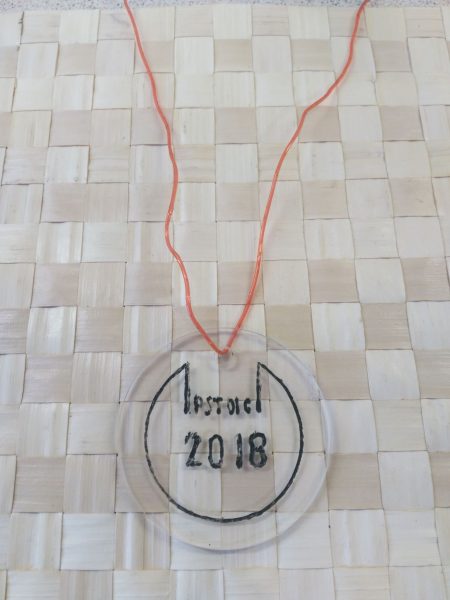