At the end of last month the Babbages Baggage won a prize from the Element14 Project14 challenge. They gave us some vouchers to spend at Farnell or CPC. Because my daughter had been doing some videos for Megan TV, I thought it might be nice to get a small video camera. I picked the Konig Full HD Action Camera 1080p mostly based on the video specification and the price. There was enough left in the reward to get an SD Card for the camera, the camera can take a 32GB card but I only had enough to get a 16GB card. That should be good for a few minutes of video.

My idea was that it could be a general purpose video camera. But that’s turned out to be a non-starter, more on that later. 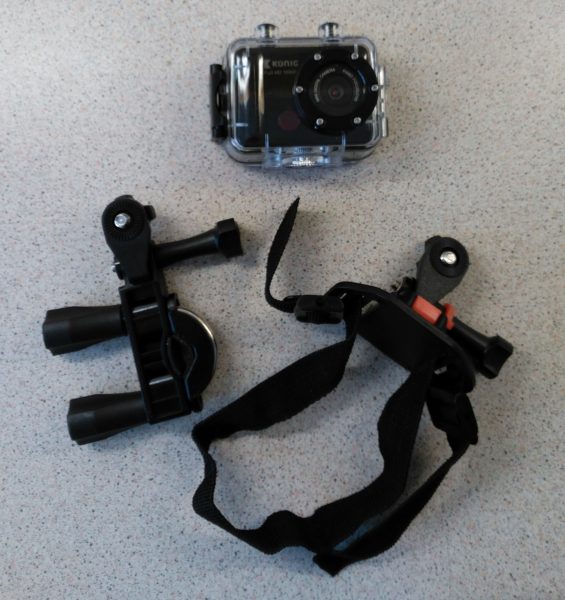 The Konig comes with a tough water proof case, the camera and two different mounting brackets. One bracket allows you to strap the camera to something like a helmet, the other is designed to clamp to a pole or bike frame. In addition you will need a microSD card.

There are two buttons on the top of the camera (power and shoot) and a menu rocker and select on the side. The menu lets you configure format, quality and other settings which you would need to configure before putting the camera in the case. When taking photos or video the menu also acts as a zoom. This is a digital zoom so the quality is reduced when zoomed in. Note the below pictures are reduced in size / quality to help with page loading time. 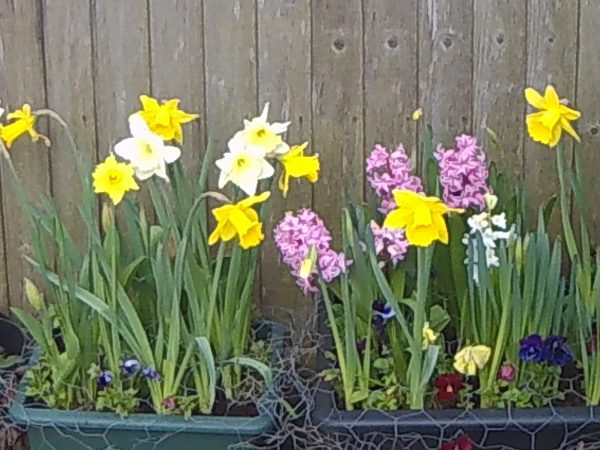 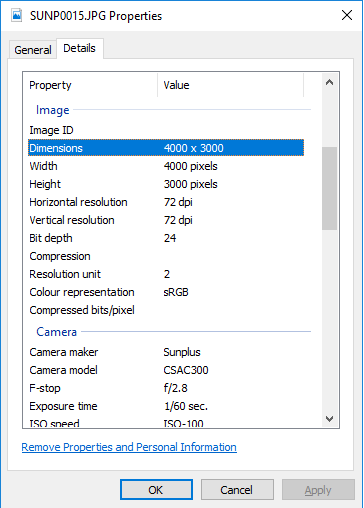 Only the top two buttons are accessible once it’s inside. So you are limited to swapping between video and still as well as playback.

When recording, the screen shuts off after a few seconds. As an action cam this is ideal but it scuppers my plan to use it as a general purpose camera. The in-built microphone is also not great with the voices sounding muffled, this is worse when in the case.

To test the video I ran the camera down the garden to check if there was any bluring or artifacts from the motion. The camera performed excellently in this mode.

I also used the pole clamp to do a quick inspection of my gutters and was glad to see they were free from obstructions. The clamp was easy to use. The straps on the helmet clamp seem quite short so I’m not quite sure how they will work, I don’t currently have a helmet to test with. The camera is small enough to fit inside my welding helmet so perhaps I’ll see if I can record some welding.

So in general a great action camera but poor sound and the auto screen shutoff means you can’t use it for general purpose.