As mentioned in the article on battery charging, a ride on train was recently purchased a charity shop but it was not working.

There were a few faults with it:

The repairs pretty much required the whole train to be disassembled to analyse and fix the issues. Because this is quite involved I wrote up the instructions on ifixit. 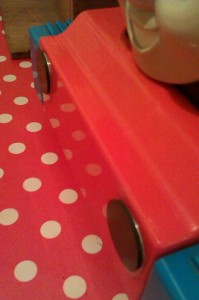 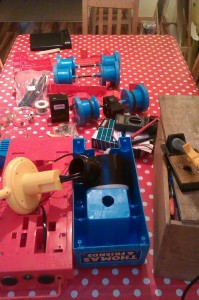 Once it stops raining I’ll give it a test outside on it’s tracks. In the mean time here’s a quick snippet of it being tested inside.

One thought on “Engine Repair”