Over the bank holiday weekend I made my way up to Birmingham’s National Exhibition Centre for Makers Central. I arrived at Euston to find a load of football fans and a message saying my 8:45 train would likely not run till the engineering had finished at 9:55. Rather than camp out in Euston then try to fight my way onto a train with the footie fans, I travelled up from Marylebone to Solihull instead. Even this was very crowded as many of those fans had had the same idea. I got a mini-cab from the station to the NEC and managed to make it in time for a Q&A with Laura Kampf & Matt Cremona. It was heaving so I was right at the back but found a closer position later through the talk behind the sound desk. 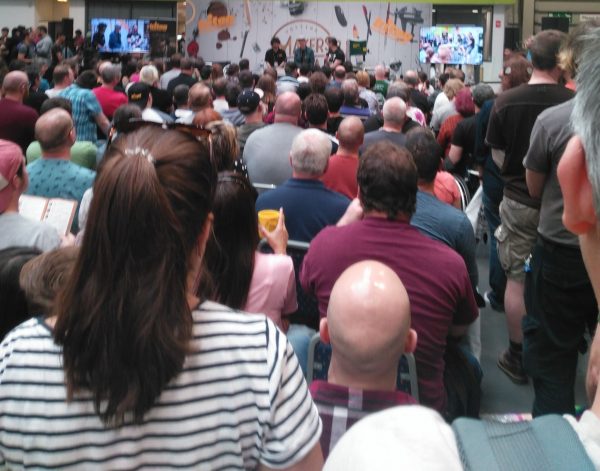 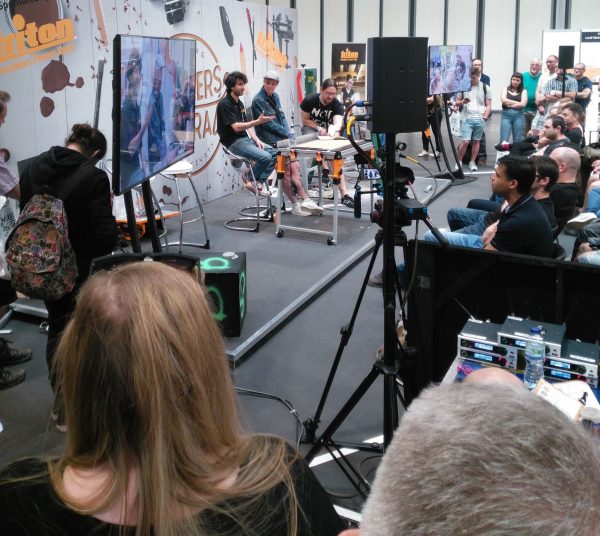 Later, I also managed to see talks by James Brunton and Bob Clagett on 3D Printing, and Evan, Katelyn & Sean Evelegh on Making and YouTube. 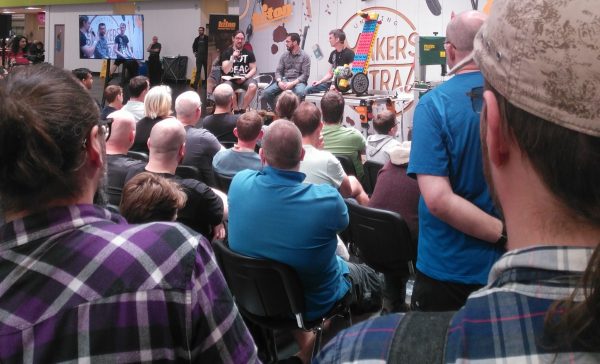 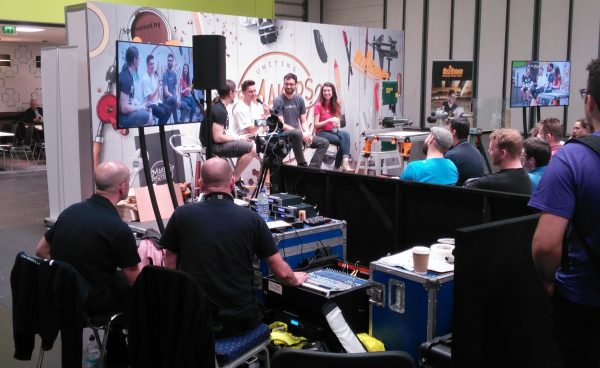 As I’d whizzed straight past the main entrance on the way to the stage, I’d missed on one of the star attractions, PodStudios a prop maker from Swindon had brought in their 95 Spider which was inspired by the Batman films. 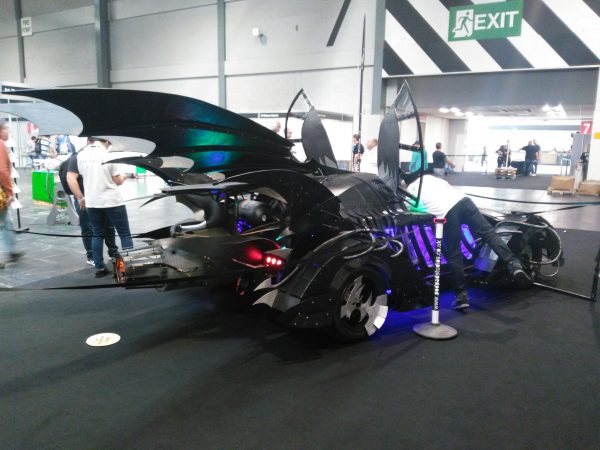 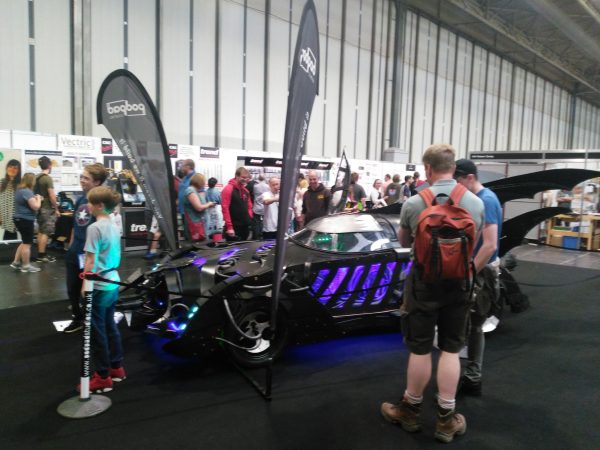 That wasn’t the only impressive sight as there was a massive ice sculpture on display nearby. 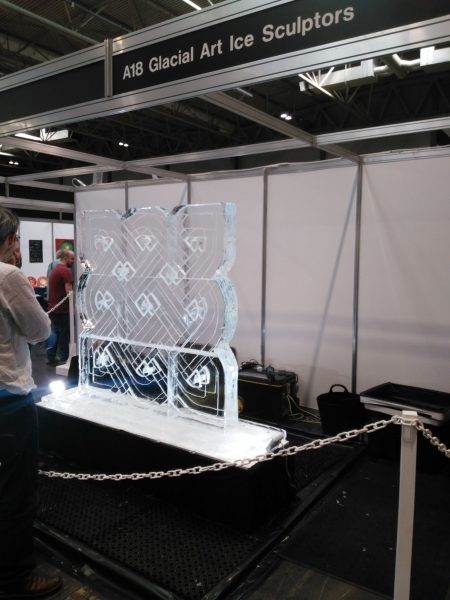 Some of community makes were equally impressive such as this selection of chairs, table of smaller makes and dragon made from welded saw blades. 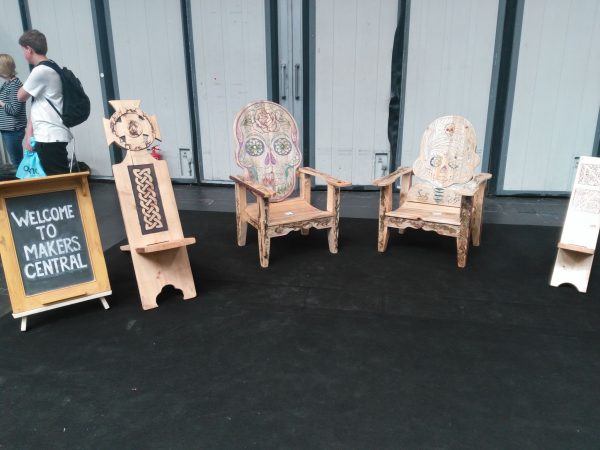 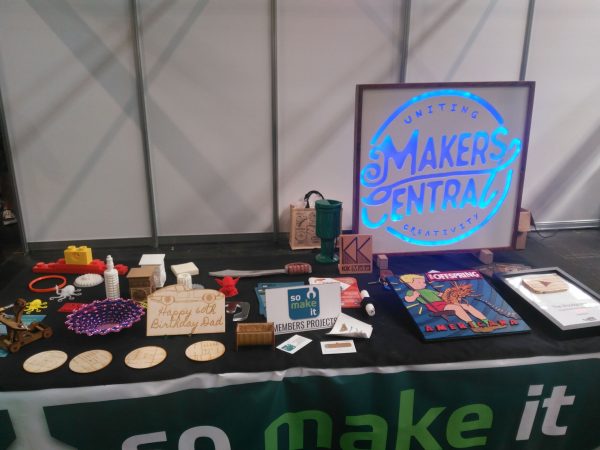 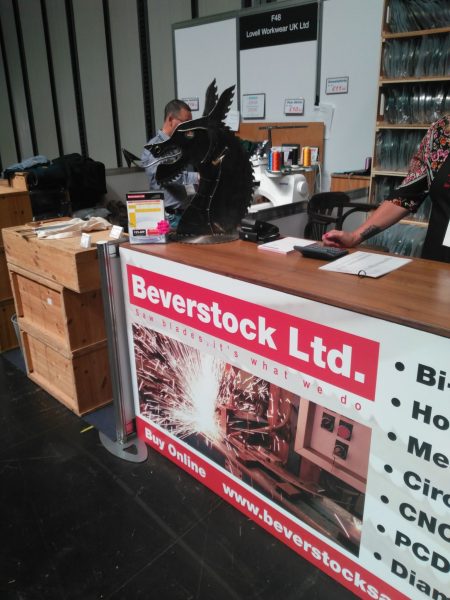 There were a good number of groups represented there too such as and I manage to chat with the guys from Basingstoke MakerSpace who had brought along some of their member’s projects.

Also well represented were the trade stalls with a wide variety of them doing demonstrations. 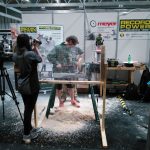 I mostly resisted their guile’s with the exception of Antique Tools, Pimoroni and Square Screws. I also picked up a Model Engineer magazine for some light reading on the way home. 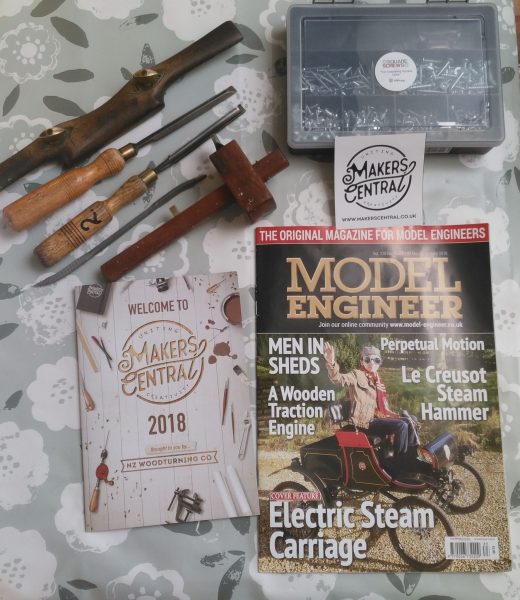 I managed to collect quite a few stickers around the show, as well as sharing my Flea Chariot postcard with fellow makers I bumped into. There was a massive sticker wall in the middle of the show so I added a few of the Workshopshed stickers to that. See if you can spot them below, answers in the comments. 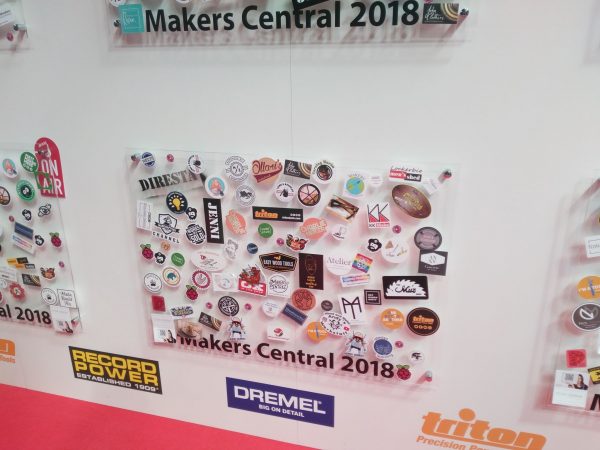 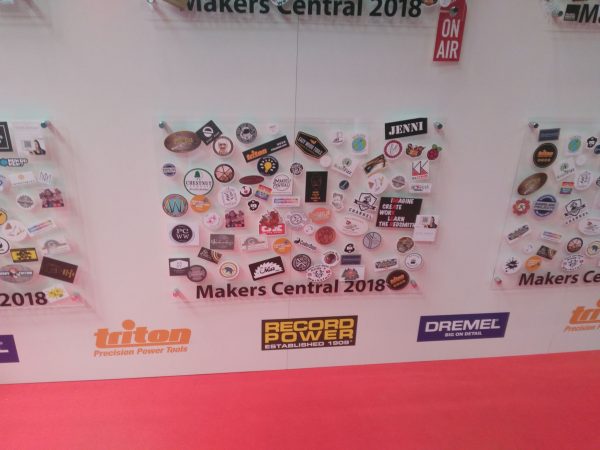 One of the main themes of the show was YouTube makers, and there was a themed chill out area. I also spotted YouTuber Prickly Sauce who’d made this impressive one day build that was showing videos around the show. Another impressive YouTuber was James Brunton from X-Robots who was showcasing a range of his 3D printe objects such as the rolling starwars robot and motorise jumbo lego skateboard. It was interesting to note that many of the people interviewed said they would like to get more into metal working. There were a couple of Metalsmiths there an I watched Anna Rennie raising a copper vase from a blank disk and admired Fire Beard‘s micro forge. I thoroughly enjoyed the show although it might have been good to see some of the earlier talks. It was also good to catch up with some of the people I usually only contact online.