Following on from a previous theme, of bicyle repair shops, I’ve found a couple of other interesting ones. 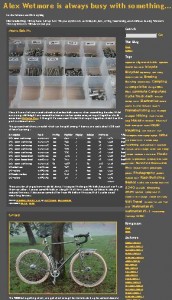 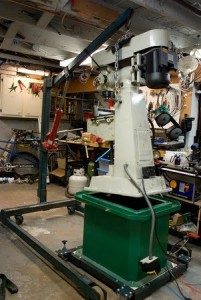 Alex Wetmore has been running his blog on making and repairing bikes since 2005. And his pages include intesting articles on brazing, working and bending metal tubes and new machinery such as a milling machine.

Leon Mitchell on the other hand has been looking at the Lewis Cycle and Motor Works from 1892 to the mid 1920’s. His article on the McHenry Street works shows the belt driven machines and manual work benches of their cycle making operations. 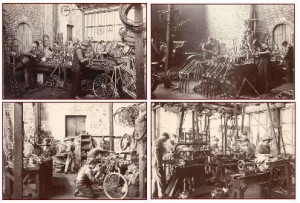