Trouble with the Robox

Unfortunately when I went to turn on the Robox to do some printing then an error message appeared.

I followed those instructions and when I looked at the head, I saw what the problem was. There was lots of blue PET around the top of the head. It could have been the time that the print failed and spooled spaghetti everywhere but I am a little worried that there might be a more significant problem with the printer. 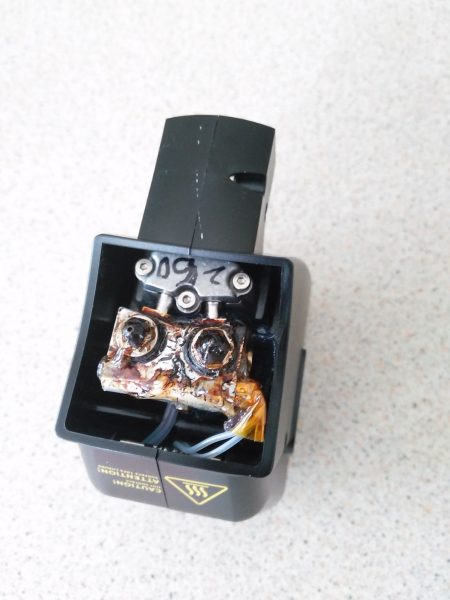 So I put the print head back on and started a purge to bring the head up to temperature.

But it would not purge. I tried to clear the large quantity of PET with a soldering iron and shifted quite a lot of material.

When I went to try it again, the head light flashed and smoke issued from the head.

From that point the temperature readout on the head stopped displaying and it would appear my print head is a goner.

One thought on “Trouble with the Robox”