I seem to be getting the hang of the Fusion360 sheet metal mode but the “Create Flat Pattern” does not always seem to work. 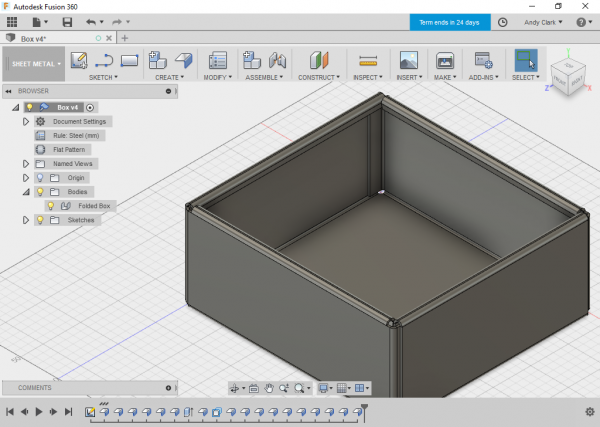 This box results in a pattern which is just a copy of the box but without all of the flange adjustment options. After some experimentation I’ve concluded that the problem is that the create flat feature can’t cope with you modifying the sketch that the drawing is based from. In my case this is a simple rectangle but I did some experiments with having circular holes cut out the corners and resizing post creation which seems to break the flat pattern.

As you can see this identical box, creates a pattern correctly. 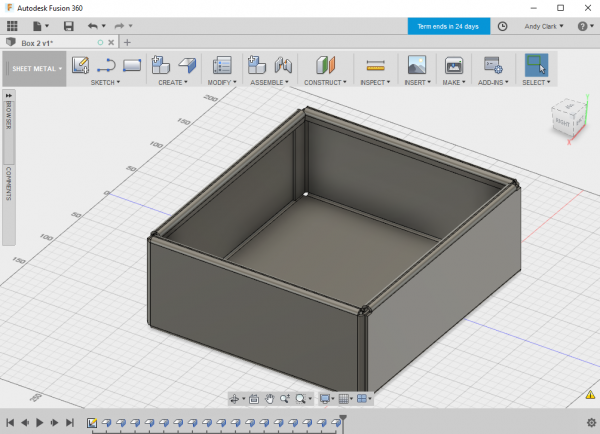 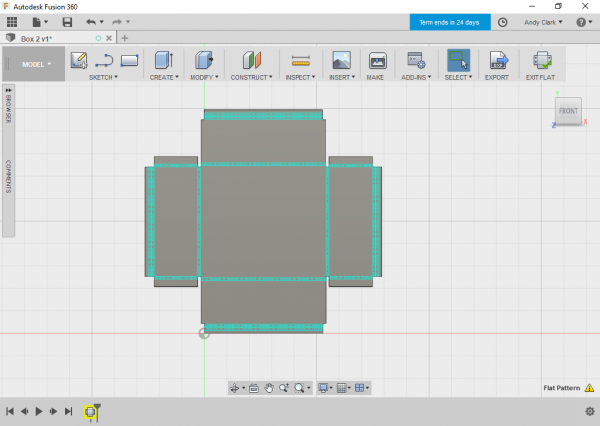 Another quick tip I’ve learnt the hard way is to configure your material properties first. I used the defaults which are 2.5mm which then produces fatter folds than you’d get with the actual material I’m using which is 0.5mm.

I was told this week by Emma Lovelace that there’s a few new updates for Fusion360. This downloaded automatically when I ran it and then installed when I restarted. I did spot one of the new features which was automatic detection when the folded flanges clash with each other. I’m not a big fan of the default behaviour here which is to weld the components together, I’d rather it just left them adjacent or highlighted them in some way. Anyway that feature and the automatic material selection when you first turn your sketch into a sheet are improvements. There’s a short video with further improvements here.

Following further investigation, it would appear that the history line at the bottom of the screen shows the status of the model and indicates anything needing fixing before you can create your flat plan.