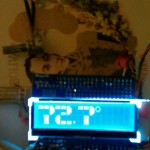 On Monday night I got to attend the London Arduino Meetup, this group is a mixed bunch of beginners and enthusiasts explaining and learning about using the arduino in their projects. The session was based at the Westminster Hub, a

A little venture in to electronics – Mechanical prototyping 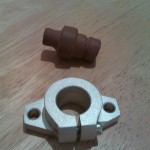 Following the connection of the mouse and LCD to the arduino, I needed to have something physical to do further testing on. I wanted a design that would require the minimum of machining and would fit with my existing angle

I recently had to replace the plug and electrical supply cable on an eBay purchase because it arrived already broken. The cord had been wrapped around the case of this UV lamp (for nails not PCBs, I’ve been warned) and

A little venture with electronics – Mousing

As per wiring up the LCD, the PS2 mouse should again have been a simple process. Again the libraries are provided and there are plenty of examples. I ripped up an old tablet (no drivers for that since Win95) to

So wiring up the LCD and getting it to display some text should have been simple, I had all the bits, the wiring was very straight forward and the libraries for programming were all written. But the screen was just 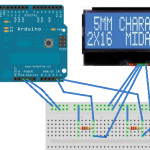 Since my prototyping on the Arduino there’s been an update to the Arduino development software. A couple of the items mentioned in the fixes are strings and the wire library, both of which are likely to be useful in the 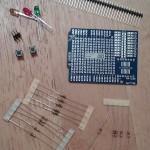 For the next step in my little electronics project I was looking at adding in the LCD to the display the output, I’ve selected an I2C device so that it requires very little wiring and also does not need a

A little venture with electronics 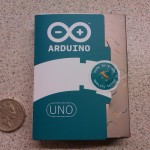 The chaps from Farnell Element14 have kindly sent me an Arduino Uno to have a look at and experiment with. When the package first arrived, I assumed it was something else as it was no bigger than a pack of