Due to other commitments, I’ve not had as much time in the workshop this year as previous years.

However I did complete a couple of projects, in February, I got the magnifiying glass out and assembled a surface mounted tachometer kit and in May got myself a mention in Ikea Hackers with my Portis shortening project. I also managed a tiny amount of welding this year with an experimental venture into build up welding and some metal was ordered for a project early in 2012. 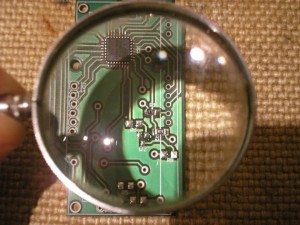 The big project of the year was replacing the shed roof, several months of planning got my materials list as low as I could get it then over a long and hot weekend at the end of September the old roof was stripped off an a new insulated one was put in it’s place. It’s interesting to see how the frost stays on the roof for quite some time in the morning demonstrating a good thermal mass and insulating properties. Hopefully over the winter I’ll have a better idea of how well it’s performing.

Whilst not in the workshopshed, I’ve been travelling about, March saw a trip to the Kew Bridge Steam museum to see the Stirling Rally and some excellent crafts were seen at the Knebworh Country show in the summer. The end of the year saw the model engineering show and although I did not spend as long there as previous years I still saw many interering models. Whilst wantering around London I saw some interesting things and admired the ironwork of St James and Mayfair. 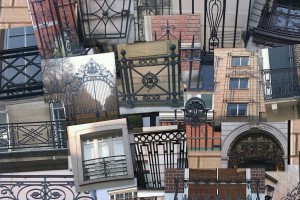 Some of my most popular articles this year were actually provided by others, in February, the chaps at the Mig Welding forum inspired Barry Wood to write me a piece on the history of their company. J and C R Wood make the Metalcraft range of metal forming tools. Later in the year, Marc Van Goozen’s Meccano Crane proved very popular with readers.

I managed a few interviews this year, a high tech interview with Australian Space invader builder Victor Coleiro. Wooden Bike and Rammed Earth Expert Michael Thompson told me about his building and bike projects. Blacksmith and Etsy shop team Sam and Melanie from Sams Welding told about the interesting items in their shop. I also wrote a short article for UKToolCentre on wire strippers.

Looking through my keyword searches, there were no surprised like previous years, “how to knurl a bent steel bar” or “train to be a blacksmith in milton keynes” just lots of people looking for “Tig vs Mig”, “the salvager” and flowerpot furnaces. There was also a peak in April of people looking for the 1902 State Landau. The reason people were looking for The Salvager was that he brought out a new EZine this year which has proved good reading. 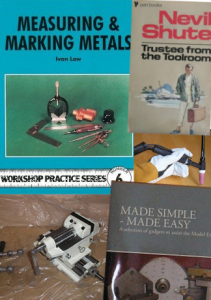 Other things I read this year were “Made Simple Made Easy” by H. Maurice Turnbull, “Trustee from the Toolroom” by Nevil Shute and Ivan Law’s workshop practice series #6 “Measuring and Marking Metals”. I also reviewed the Axminster Cross vice some Tig welding Gloves and a model engineering dvd.

2011 was an interesting year. When I started writing this review of the year I initially thought that not much had been happening but when you add it all up there were lots of little projects and activities going on. I do have some items planned for 2012, hopefully starting off with some welding to get back in practice and possibly a look at some CAD software. Wishing you all a jolly and productive 2012.